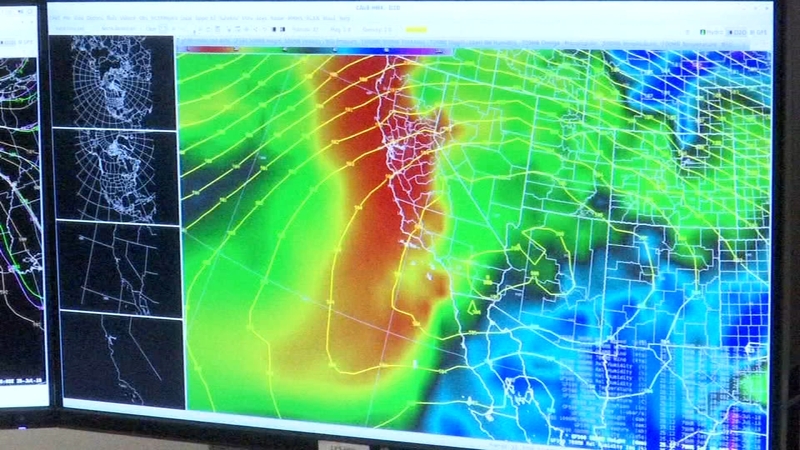 HANFORD, Calif. (KFSN) -- As the sun beat down on the Central Valley Wednesday, people were doing what they can to stay cool.

Henry Martinez is an operator at Cal State Recycling in Hanford. He told Action News, "I go through shirts, like three or four shirts a day, literally because they just get drenched in sweat. So, I've been feeling it."

He's out in the sun every day, sometimes until 4:30 in the afternoon.

"It's pretty dang hot out, especially on the blacktop. It feels like my feet start sticking to the ground. My feet don't hurt until the end of the day because it's so hot it makes the rubber, like nothing."

Most areas in the Valley have seen several consecutive days of temperatures at 100 or above.

Kevin Durfee with the National Weather Service says Fresno is expected to break its record of 21 straight days of triple digits, all thanks to an area of high pressure.

"It's anchored over California. It's like a tall mountain of very dry, warm, and stable air. You can't move a mountain."

The high heat creates health concerns as well as an increased danger for new wildfires.

But there is good news: it is not as hot as it could be.

"We are not going to be setting any or breaking any record daily highs during the next three to five days," said Durfee. "Our records are up around 113 degrees. In fact, we had a heat wave in July of 2006 that was actually worse than this, when low temperatures never got below 90 degrees in Fresno."