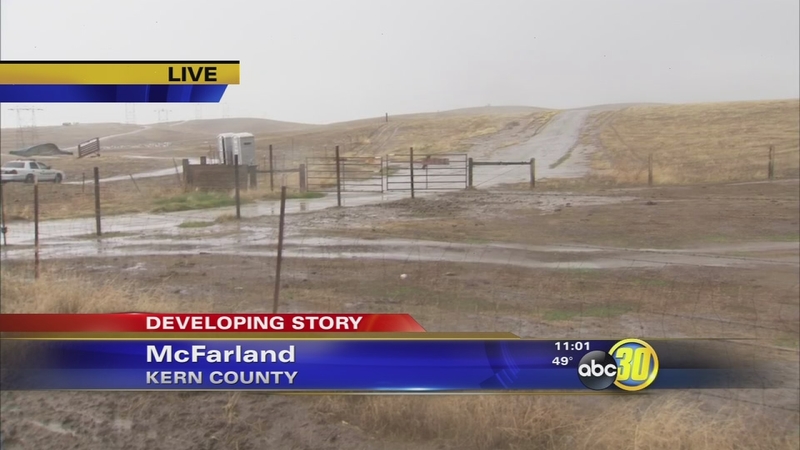 The Kern County Fire Department confirms a SkyLife helicopter, which took off out of Porterville, has crashed killing four people on board.

Helicopter came to rest on a sloping hill in a rural area near McFarland. It crashed in an empty pasture.

The fire department said a debris field has been found near Sherwood and Highway 65 in Kern County. A reporter from our sister station KERO in Bakersfield took pictures in the area where the crash occurred which shows it being very foggy.

Officials have shown us a picture of crash scene. Cabin is in one piece. Tail is short distance away.

The Fresno County Department of Emergency Medical Services said the SkyLife crew departed Porterville airport with a critical patient and were transporting to San Joaquin Community Hospital in Bakersfield. On board was the helicopter pilot, a flight nurse, a flight paramedic and the patient.

According to the FAA the tail number of the helicopter matches that of an American Ambulance Helicopter out of Fresno. Action News shot video of that same helicopter just this past September after it nearly crashed into a drone.

The Fresno County EMS Dispatch Center was unable to make contact with the helicopter at 7:05pm. Dispatchers then contacted Kern County fire and the sheriff's office to let them know of the missing American Ambulance Helicopter.

A press conference was held where the CEO of American ambulance, Todd Valeri, spoke about the tragedy, "We have a gather of our-- we call it the SkyLife family. The people who work at SkyLife are a very close knit group. Tonight we're gathering and consoling each other, and sharing memories."