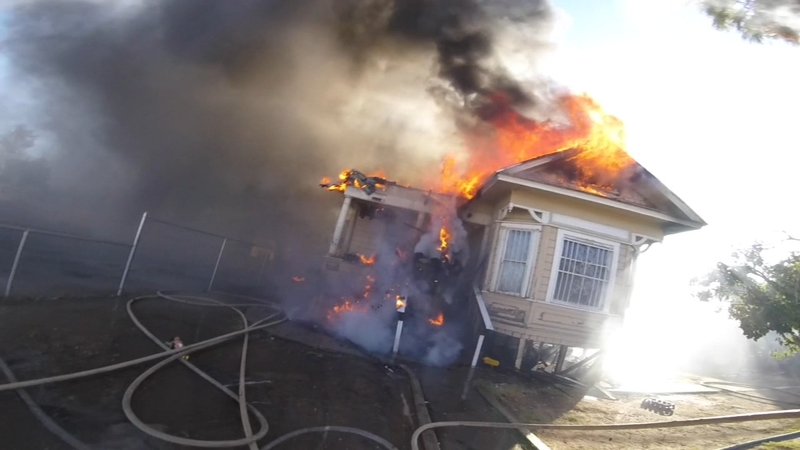 Though the cause is unknown, investigators say the fire started in the basement making an already dangerous situation for firefighters worse.

"We have to enter the structure, and it's like going down a chimney to get to a fire," said deputy fire marshal Jay Tracey.

Tracey says crews were able to respond within four minutes receiving the call.

Three people made it out safely, but the home they were living in was a total loss.

"Fire burning in a basement, it causes all of the structural members in there to be weakened and compromised," Tracey said.

Though structure fires are down 16 percent, Fresno Fire has responded to 542 fire that displaced close to 400 people. They say the department's relationship with the American Red Cros is invaluable.

In the Central Valley, the non-profit has already aided 66 families since in the last six weeks.

"When people think of the Red Cross they think of wildfires or hurricanes, but home fires are the number one disaster we respond to," said Nicole Maul.

The Red Cross stresses the importance of checking to make sure your smoke detectors work at least once a month. They also say it's important to have an escape plan for everyone living in the home.