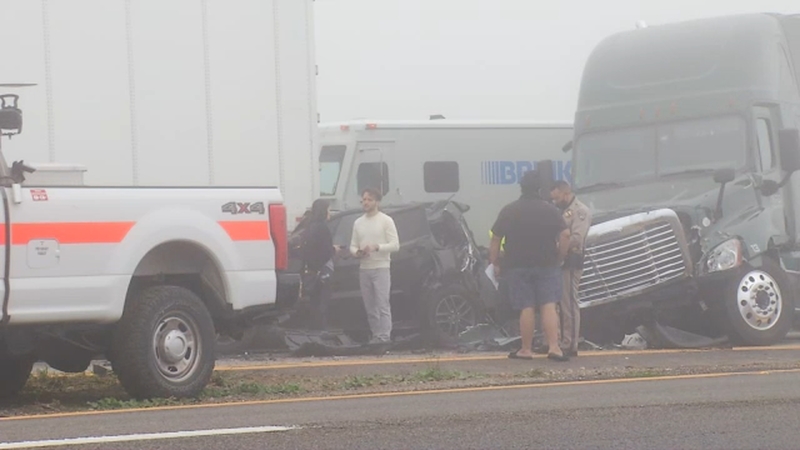 MADERA COUNTY, Calif. (KFSN) -- A 13-mile section of Highway 152 between Highway 99 and Highway 59 was shut down for hours on Friday following a series of crashes.

It all started during the morning commute, with one driver losing her life.

A dense fog advisory was in effect with thick fog along Highway 152.

The CHP says this was likely a factor in several crashes, involving numerous semi-trucks and dozens of cars.

In the first crash, at about 8:30 am, a woman died when she ran into the trailer of a semi-truck.

The driver of the truck was crossing the highway on Road 9.

A witness said other cars then ran into the woman's car.

She died at the scene.

She was later identified as 18-year-old Sarai Baldovinos.

The CHP says when it's foggy, expect traffic to be stopped ahead of you.

At about 10 am, a section of eastbound 152 was completely snarled when more than three semis, several cars, and even an armored car collided near Avenue 11.

It took hours to clear the wreckage.

A tow truck company owner said it was a struggle to get to the scene to help.

The CHP said several are still under investigation.