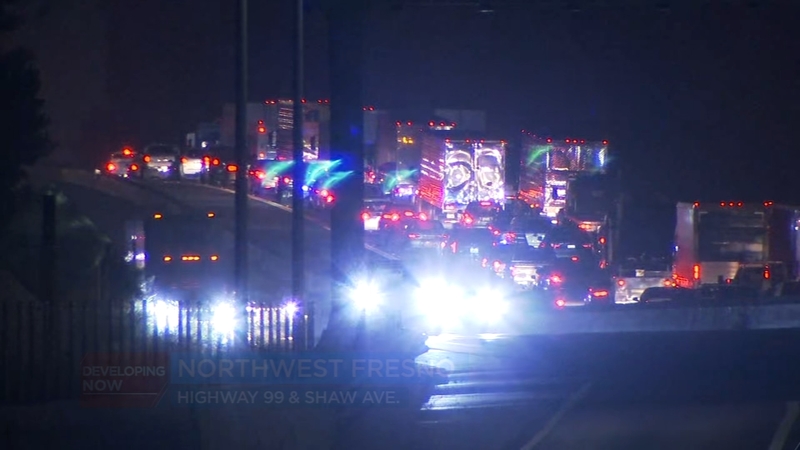 FRESNO, Calif. (KFSN) -- California Highway Patrol officers are investigating after a driver hit and killed a person on State Route 99 in northwest Fresno.

It happened around 4:15 am between the Ashlan and Shaw Avenue off-ramps.

Investigators said the driver of a Chevy Silverado was traveling north on the highway when the woman ran across the road.

The CHP said the victim is a woman in her 40s. She was pronounced dead at the scene.

The driver called 911 and remained at the scene. Officials say they are cooperating with the investigation.

Officials closed the left lane of northbound Highway 99 as they investigated, causing traffic in the area to back up for at least half a mile.

The highway has since fully reopened.

Traffic was backed up for at least half a mile in the area. Drivers who commute on the highway should expect delays.