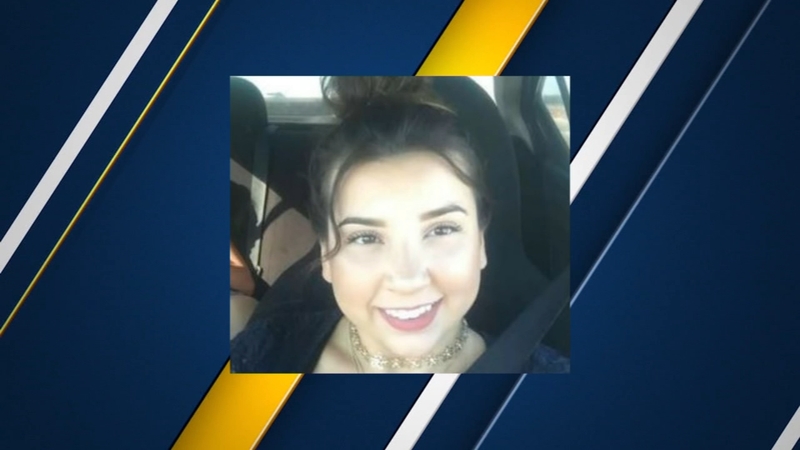 VISALIA, Calif. (KFSN) -- Despite moving hundreds of miles away, Ethan Wade says he still talked to Jennifer Pinkham everyday, and would go back to Visalia to see her once in a while.

Jennifer dated Ethan's brother Terry Wade III for years, and was with him on the day he was shot and killed more than two years ago.

Jennifer testified about the traumatizing experience during a preliminary hearing last year, but Ethan was there to keep her smiling.

Two of the three men charged with murdering Wade are still awaiting trial.

Unfortunately, Jennifer won't have the chance to see their cases through.

Around 9:15 Wednesday night, Visalia Police say she crossed Giddings Street and was hit and killed by a truck.

The driver, identified as 50-year-old Kenneth Bates, was arrested for being under the influence of drugs at the time of the crash.

"He was very cooperative," said Visalia Police Sgt. Gary Williams. "He stopped, waited for officers to get there. He cooperated during the entire investigation."

Ethan Wade talked to Jennifer on the phone Wednesday afternoon, and told her he'd text her later.

But by the time he did, she was already gone.

Thursday morning, he found out his friend died.

"She was really a good person," Wade said. "She was fun, loving, caring. Really like I said, it's the best friendship anyone could have truly asked for."

Bates has a previous misdemeanor DUI conviction from 2012.

He's being held at the Tulare County Pre-Trial Facility and could be charged on Friday.
Report a correction or typo
Related topics:
visaliahit and runmurder
Copyright © 2021 KFSN-TV. All Rights Reserved.
HIT AND RUN
'Mama, are you OK?' In Waukesha, minutes of terror recounted
FPD: Woman hospitalized after being hit by car in west central Fresno
5 dead, 6 children hurt in Wisconsin Christmas parade crash
What we know about Waukesha Christmas parade victims
TOP STORIES
Man shot multiple times at party in southwest Fresno
Cyber Monday 2021 deals shopping guide
Fauci says omicron variant will 'inevitably' arrive in US
Valley health officials bracing for arrival of new COVID-19 variant
Fresno police share tips for protecting your packages
Pedestrian hit and killed in Clovis
Is it ever too early to put up a Christmas tree?
Show More
Fresno Co. man accused of stabbing his mother, killing her boyfriend
Fresno State student killed in early morning crash on highway
Boy life-flighted after being shot in Tulare County, deputies say
1 killed, 1 hospitalized after stabbing in Auberry, deputies say
What is omicron? What to know about new COVID variant
More TOP STORIES News