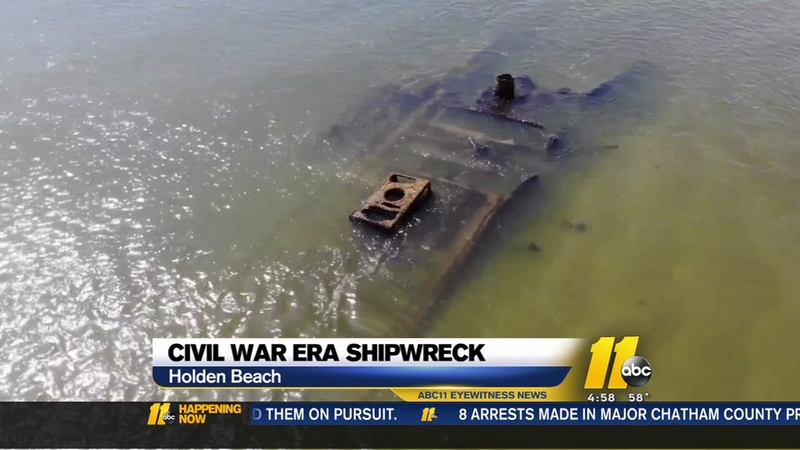 HOLDEN BEACH, N.C. -- A North Carolina man says he captured some unique images of a Civil War-era shipwreck off the coast.

Forty-two-year-old Brent Garlington, of Fayetteville, said he spotted a wrecked blockade steamer at an inlet between Holden Beach and Oak Island.

Garlington flew a drone at low tide this week and recorded the video. He says his brother-in-law had seen the wreckage last year while flying a helicopter over the area.

Michele Walker with the North Carolina Department of Natural and Cultural Resources says the wreckage is one of three vessels known to have gone down in the area.

Walker says the wreckage occasionally shows up because of the movement of sediment.