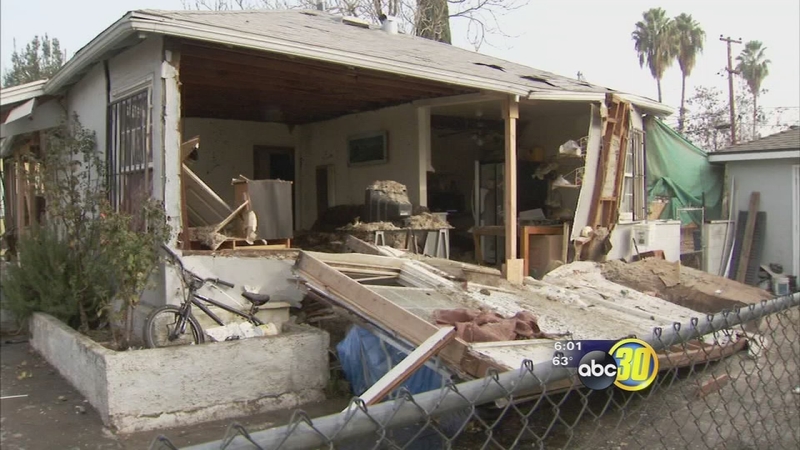 FRESNO, Calif. (KFSN) -- Fresno Police and Fresno Firefighters responded to the call around midnight on Friday. The explosion happened near the intersection of South 5th Street and East Woodward Avenue.

Firefighters have responded to a lot of butane honey oil explosions. Creating honey oil is technically fairly easy, but it is extremely dangerous -- and in this case, could have been deadly. The Southeast Fresno home is barely a house now, with a missing wall and a blown out front door. Investigators say the house was shaken by a late night explosion with all signs pointing to a butane honey oil blast.

According to a witness who did not want to go on camera, neighbors had to hose down the two victims who were lit on fire. Fresno Firefighters said the explosion caused nearly $70,000 in damage.

During the cleanup, firefighters had to shore up the home because it was structurally unsound. "The extent of the damage was severe, even by our standards, to see that much damage as a result of an explosion," said Price.

Fresno Police said a 17-year-old victim ignited the highly combustible butane by accident when he flicked a lighter. Reports reveal one of the victims admitted to police he was making honey oil before the explosion. So far, no arrests have been made in the explosion.