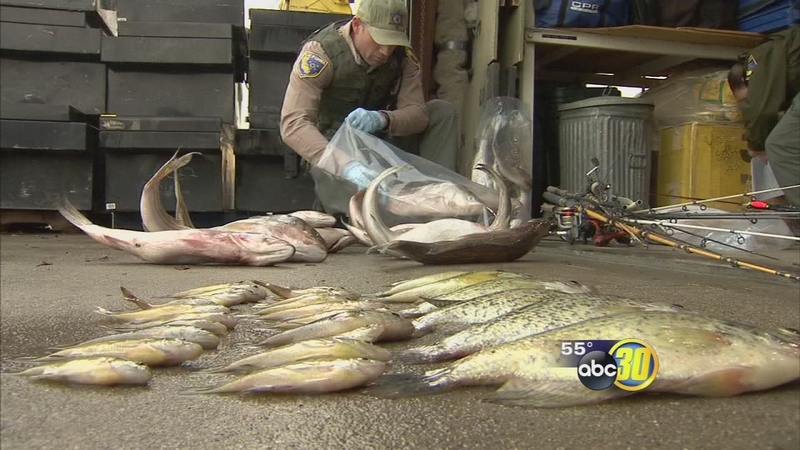 FRESNO, Calif. (KFSN) -- Investigators with the California Department of Fish and Wildlife spent Thursday afternoon packing up evidence from a big bust. While looking for two men responsible for fish crimes, they found thousands of dollars in counterfeit money, marijuana, and methamphetamine.

Investigators said Leepo Her and Kue Her since 2015 had been contacted eight times and cited six for doing things like using bait to catch illegal fish at different canals in the Central Valley.

"Basically breaking all rules of bass fishing and all the way to ultimate violation which is profiting and selling the fish and trafficking these fish for profit," said Stoots.

At the home on Shields Avenue where Her was arrested, no one came to the door. His neighbors said they were shocked by what happened.

"Nothing has ever happened in this neighborhood," said James Scholley, neighbor.

"They all look like they are nicely dressed and well taken care of and I thought what a nice family, I'm in the wrong business huh," said Lucia Scholley, Fresno.

At Kue Her's apartment on North Weber Avenue, a woman came to the door but denied drugs being in the home.

Both locations investigators said had children in the home.

"And much of the stuff and the illegal drugs and methamphetamine, and in one case a firearm, were well within reach and access of the children," said Stoots.

Both men deny being related. They face charges of child endangerment, felony sales of methamphetamine and misdemeanor marijuana charges.