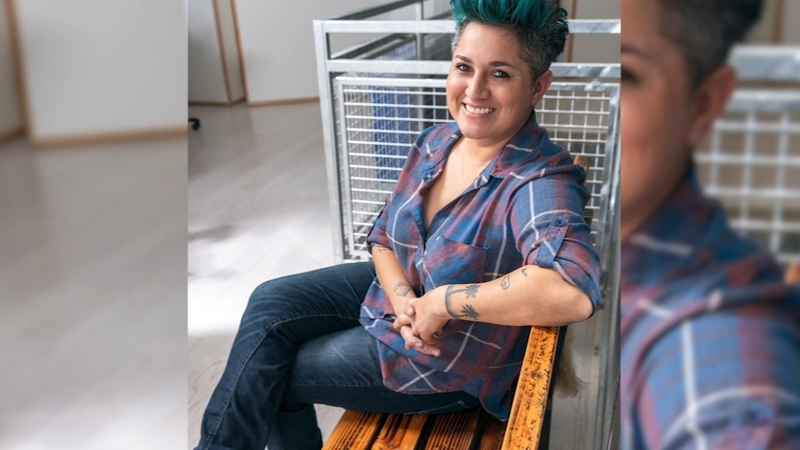 FRESNO, Calif. (KFSN) -- Irma Olguin Jr., co-founder of Bitwise Industries, is once again being recognized as a strong woman who continues inspiring many across the Central Valley and beyond.

Olguin is a strong Latina voice representing the Queer community and most recently recognized for the second time as one of the Fast Company's Queer 50 list.

"It feels a lot like being recognized for the first time," she said. "It was a shock!"

The list features women and nonbinary leaders in business and technology.

She is the co-founder of Bitwise Industries, which launched in 2013 in Fresno, and since then expanded to Bakersfield, Merced, West Oakland and most recently, Toledo, Ohio.

The company is opening a huge window of opportunity.

"We wanted to infuse the technology industry, catalyze it, bring those high growth, high waged jobs to our hometown and very specifically create an invitation for folks who do not see themselves in those jobs to finally achieve them," said Olguín.

For years, her leadership in the Central Valley has helped minorities, veterans and the LGBTQ community feel represented.

"There are safe places, safe people, even in places like Fresno, where you sometimes feel like there isn't. Bitwise Industries is absolutely one of them," she said.

But even with the progress that's been made, she says there is still a lot of work to get done and hopes people will feel inspired to join in the uphill battle.

"This is just the very beginning of what can be accomplished in a place like Fresno, and it's made out of the people who love this place they call home," she said. "We can do this, we can build the place we all want to live in."
Report a correction or typo
Related topics:
societyfresnoawardbitwise
Copyright © 2022 KFSN-TV. All Rights Reserved.
TOP STORIES
Fire damages 2-story townhouse in northwest Fresno
Driver arrested after police chase in Fresno County
Valley firefighters sent to help battle fire in Big Sur
Loved ones grieve for Missy Hernandez at Fresno vigil
Tax filing season starts Monday. What to expect for 2022
Fresno's famous 'dancing teacher' appears on Ellen Show
5 tax changes that can boost your refund this year
Show More
Woman finds $3M lottery prize in her spam folder
Fresno Mathnasium sees demand for math tutoring amid pandemic
Man hospitalized after shooting in northwest Fresno
Suspect opens fire at birthday party full of teenagers in Clovis
Fauci optimistic omicron will peak in February
More TOP STORIES News