The body camera video shows police pulling over and demanding Freddy Centeno hit the ground, but then immediately opened fire. The 40-year-old mentally disabled man is hit 9 times and died in the hospital 23 days later. 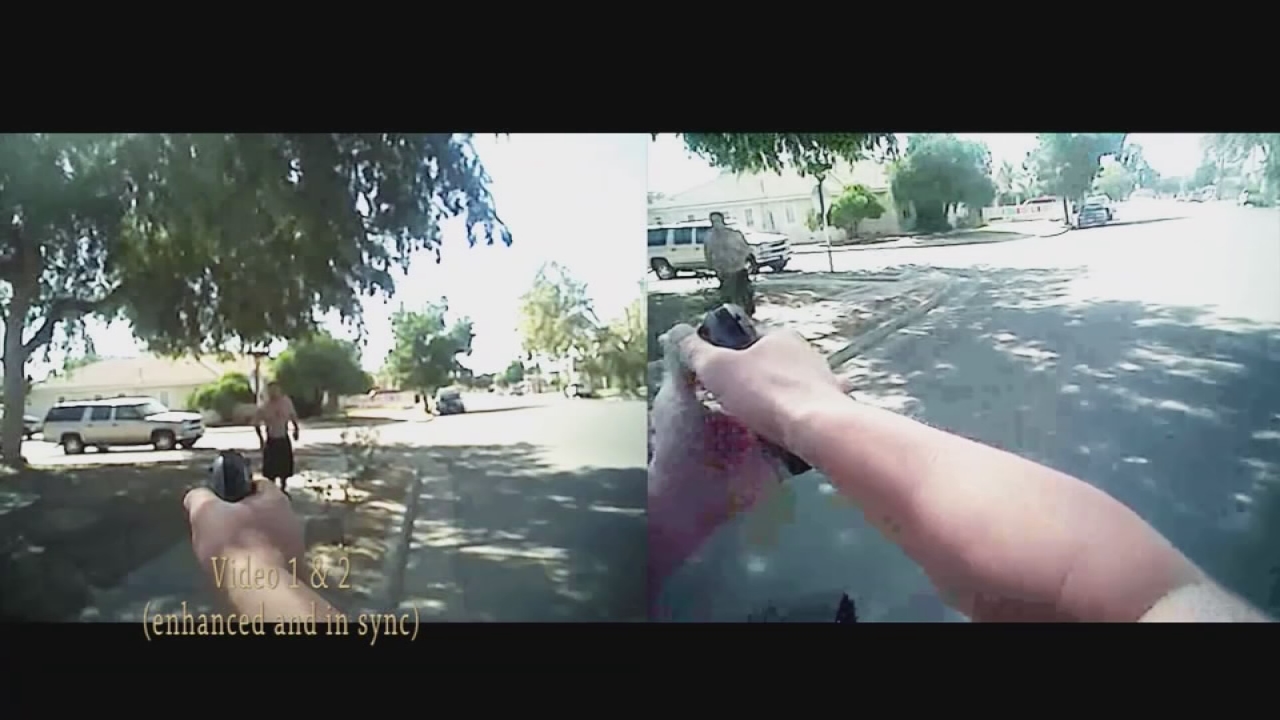 Attorney Humberto Guizar is representing Centeno's family in a lawsuit against the city of Fresno and the two officers.

"This is a bad shooting," Guizar said. "This is an atrocity."

In Guizar's view, it shows the officers did not give Centeno a chance to respond to their commands.

"They tell him get on the ground," Guizar explained. "He didn't have the chance to get on the ground you could count the time, until they stopped the car, one second, before they began to fire."

But to Fresno Police Chief Jerry Dyer the video shows the officers were more than justified. He says the video shows Centeno reached for a black spray nozzle in his pocket, which looks like a gun.

"To the shorts, reaching in his pocket short pocket, still in the pocket, there it comes, right there," Dyer said while viewing the video. "Which clearly appears to be a handgun, and then the next one, and he begins to raise it, and that's when the officers feared for their life and fired their weapons."

Dyer also played the 911 call which first alerted police to Centeno in which a woman says he came to her door, pulled a gun and claimed he was a federal agent.