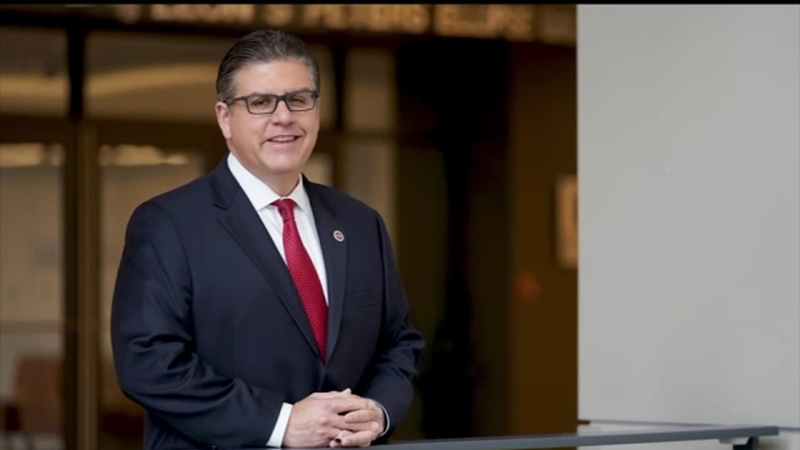 FRESNO, Calif. (KFSN) -- Students and lawmakers are reacting to news that Former Fresno State President Joseph Castro is stepping down as Chancellor for the California State University System.

His resignation comes just two weeks after an investigation by USA Today questioned how he handled complaints about his vice president for student affairs while he was President.

"This is a very big thing and I would've been upset if he didn't resign, to be honest," said Fresno State Student Rachel Lazar.

"All we can do is move forward and hope for the best for the future for Fresno State," said Fresno State Student Edgar Martinez.

The USA Today report revealed that Castro authorized a $260,000 payout and a letter of recommendation to help Lamas find work at another school.

In a statement Thursday, Castro said that he did not agree with many aspects of the media reports but said in part, "it has become clear to me that resigning at this time is necessary so that the CSU can maintain its focus squarely on its educational mission."

Since the the investigation became public, current Fresno State President Saul Jimenez-Sandoval committed to building a safe and respectful environment for everyone.

In a letter Friday, he told university members, "I realize that our path toward the future includes making significant, meaningful institutional and systemic changes."

Fresno State Associated Students, Incorporated President D'Aungillique Jackson says they have been working alongside the president.

"We are working to establish a system that will from here on out provide the justice, the transformative justice, that survivors deserve," said Jackson.

State Senator Connie Leyva responded to the news saying the Board of Trustees must still move forward with an investigation into Castro's actions before he became Chancellor.

She said, if not, "I will convene a Senate Education Committee hearing to examine the extent of inappropriate behavior that endangered the safety and well-being of students and other members of the Fresno State community."

Riverside Assemblymember Jose Medina also announced Friday he will introduce legislation that will aim to evaluate how officials have handled Title IX before putting them in leadership positions.