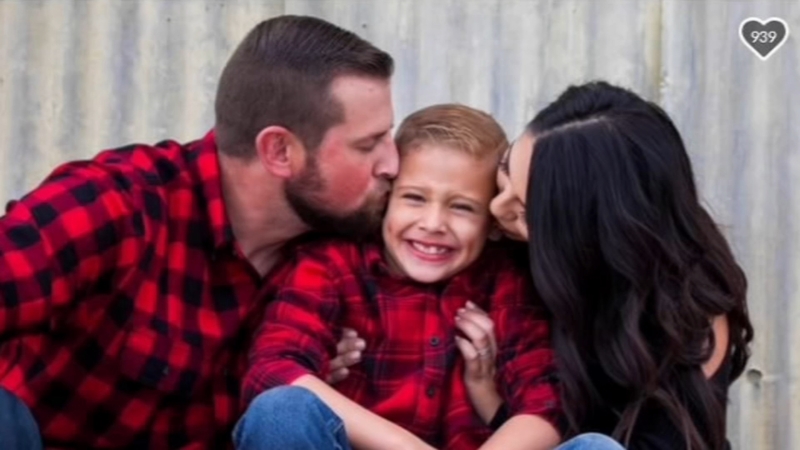 Forced to relive the crash that killed his only child, Scott Martzen addressed a courtroom as one of three witnesses for the prosecution in Wednesday's preliminary hearing.

He described the moments he tried to avoid the BMW that ultimately T-boned his Kia, with his wife Megan in the passenger seat, and their 8-year-old, Maverick, seated in the back.

"I think I blacked out after that and I woke up when people were pulling us out of the car," he said.

Martzen described the injuries he and his wife sustained as well as the follow-up surgeries he's undergone since the crash.

"The injuries are nothing compared to losing Mav - that's an injury that never heals," he said.

Karmjit Singh will now be held to answer to felony vehicular manslaughter with gross negligence, after CHP officers say he was speeding and ran a stop sign when he hit the Martzens.

Evidence submitted showed Singh was on a suspended license after a 2016 DUI conviction.

"The charges are way lower than I think they should be and whether the evidence is there or not, my son is still not here," Martzen said.

A CHP officer who responded to the crash testified as images of the mangled cars involved were displayed as evidence. He discussed his interaction with the defendant.

"There was an odor of alcohol on his breath. He exhibited some clues of having been under the influence of alcohol," said CHP officer Mario Ochoa.

But Sam Salhab, Singh's attorney, disagreed, "I still think law enforcement is hanging onto a theory that I think is tenuous."

"We have no other information that this was nothing more than an accident. Gross negligence is a stretch in this case," Salhab said.