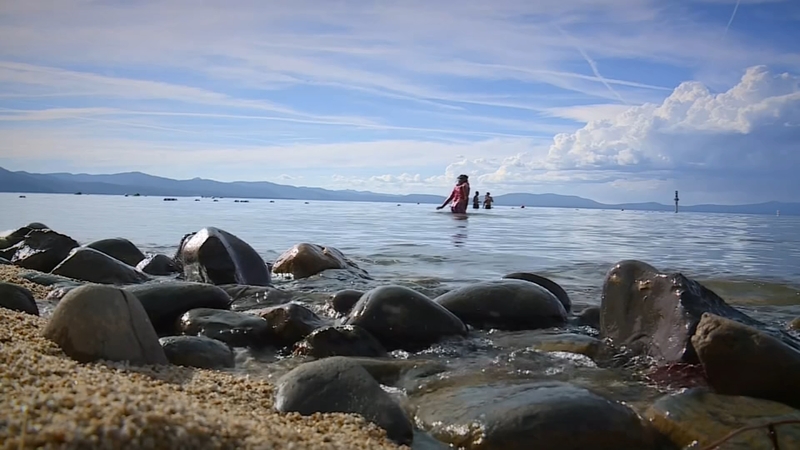 LAKE TAHOE, Calif. -- Transportation officials at Lake Tahoe say they are experimenting with a new effort to try change the behavior of visitors who fill up an overcrowded parking area for one of the lake's most popular beaches by hitting them in their wallets.

The parking lot was built when roadside parking in the area was prohibited for safety concerns on the edge of the lake south of Incline Village. It's at the start of the newly constructed trail that leads to Hidden Beach.

RELATED:Family of bears cools off next to crowd of people at South Lake Tahoe beach

Under the plan, parking fees cost as much as $6 or $7 an hour depending on the day and time the visitor arrives. In addition, visitors can't use cash to park there - the machines only accept credit cards.

Tahoe Transportation District Manager Carl Hasty told the Nevada Appeal the fees are an experiment to see if visitor patterns can be changed so that not everyone arrives at peak beach times from 11 a.m. to 5 p.m. He said it's a "pilot effort to incentivize people to come when it isn't the peak time."

The problem, he said, is Hidden Beach is so popular there just isn't room for everyone who wants to go there, especially during the summer from May through early September.

He said the parking fees are lower during spring and fall. They are also lower during weekdays than they are Friday through Sunday but higher on holidays when Tahoe is inundated with visitors.

"The idea is in those kind of peak hours is to charge more and suggest to people to come earlier in the morning or come later when it's not going to cost you as much," he said.

The other goal is to eventually get more people to leave their cars at home.

The biggest problem, he said, is far more than parking or the beaches themselves can handle.

But Hasty said Tahoe Transit's other issue is the cost of maintenance.

"You can find construction dollars to build things like that," he said of the trail. "But the money to maintain it doesn't come along with that."

The goal, he said, is to eventually extend the trail all the way to Spooner State Park at the junction of U.S. 50.

To park, people need to enter their license plate into the machine and pay using a credit card.