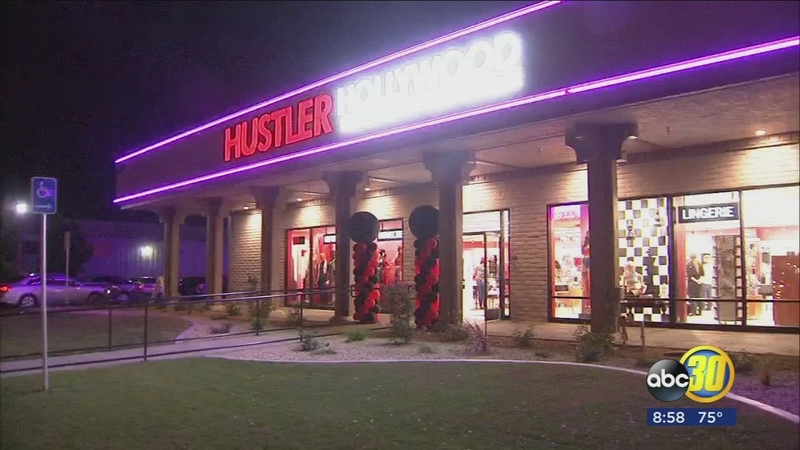 FRESNO, Calif. -- The grand opening of Hustler Hollywood, Fresno was celebrated on Saturday.

The store is located at Shaw near Fresno Street in the former Silver Dollar Hofbrau.

They had about 250 people there when doors first opened at six. The first 50 people who walked in after the event started received a special gift bag.

"The fact we got over the hurdle we had and... the bottom line was get this store open. And you know I think city and community has been very welcoming. We've had a phenomenal turnout since we soft opened over two weeks ago and... the community has really come out to support us, so we're all very, very pleased," said Spencer Delacruz, VP Corporate Development.