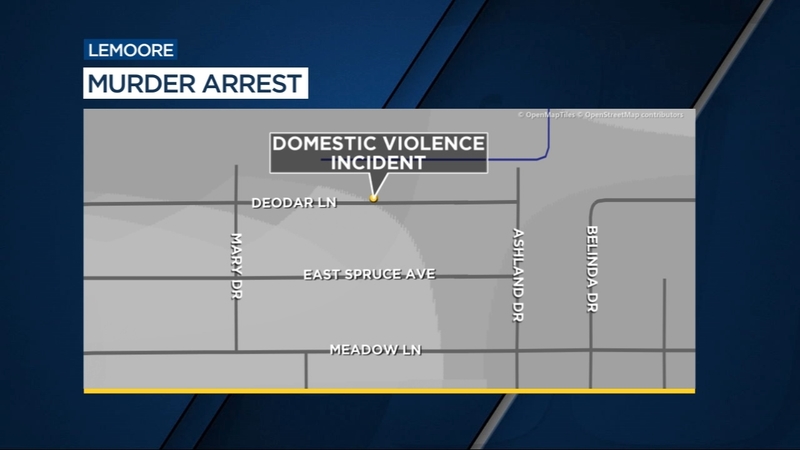 LEMOORE, Calif. (KFSN) -- A 44-year-old Lemoore man was arrested after police said his wife died from injuries she received in a physical altercation with him last month.

Jesse Corrales was taken into custody on Tuesday by authorities.

Investigators say the incident happened on October 25. Lemoore police officers were called to a home on Deodar Lane just after midnight, but the victim was gone when they arrived.

Lemoore police say officers called the victim, but she did not speak with the officers.

That afternoon, Hanford police detectives began investigating a suspicious death in the city, which authorities later connected to the domestic violence incident in Lemoore.

They identified the victim as Corrales' wife. Police say an autopsy report revealed she had died from the injuries she sustained in the fight that morning.

After a weeks-long investigation, detectives arrested Corrales on charges of murder and domestic violence.