The CHP says a wrong-way driver in a pickup truck crashed head-on into an SUV traveling southbound on Highway 99.
KFSN 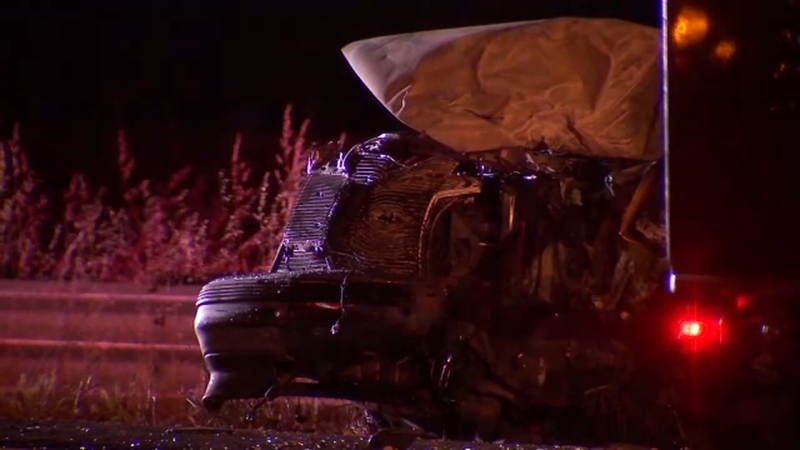 The CHP, Madera police, and Madera County Sheriff's deputies were called to southbound Highway 99 north of North of Avenue 18 1/2 around 12:30 on Sunday morning.

Investigators say they received reports of a wrong-way driver in a white GMC pickup traveling northbound in the southbound lanes.

They say that pickup crashed head-on into a gray SUV that was traveling southbound on 99.

"Immediately we received updates from the public that one of the vehicles had caught fire. That happened to be the white pickup that was traveling the wrong direction. Once our partners with CAL FIRE showed up and extinguished the fire, we did locate a victim inside the vehicle," said CHP Sgt. Taka Huira.

The CHP hasn't identified the man killed in the crash. Officers say four people in the SUV received moderate to major injuries and were all taken to Community Regional Medical Center for treatment.

Officials are still investigating if alcohol or drugs were factors in the crash.

They say if you see a wrong-way driver, you should call 911.