2 people killed in crash on Hwy 145 in Madera County 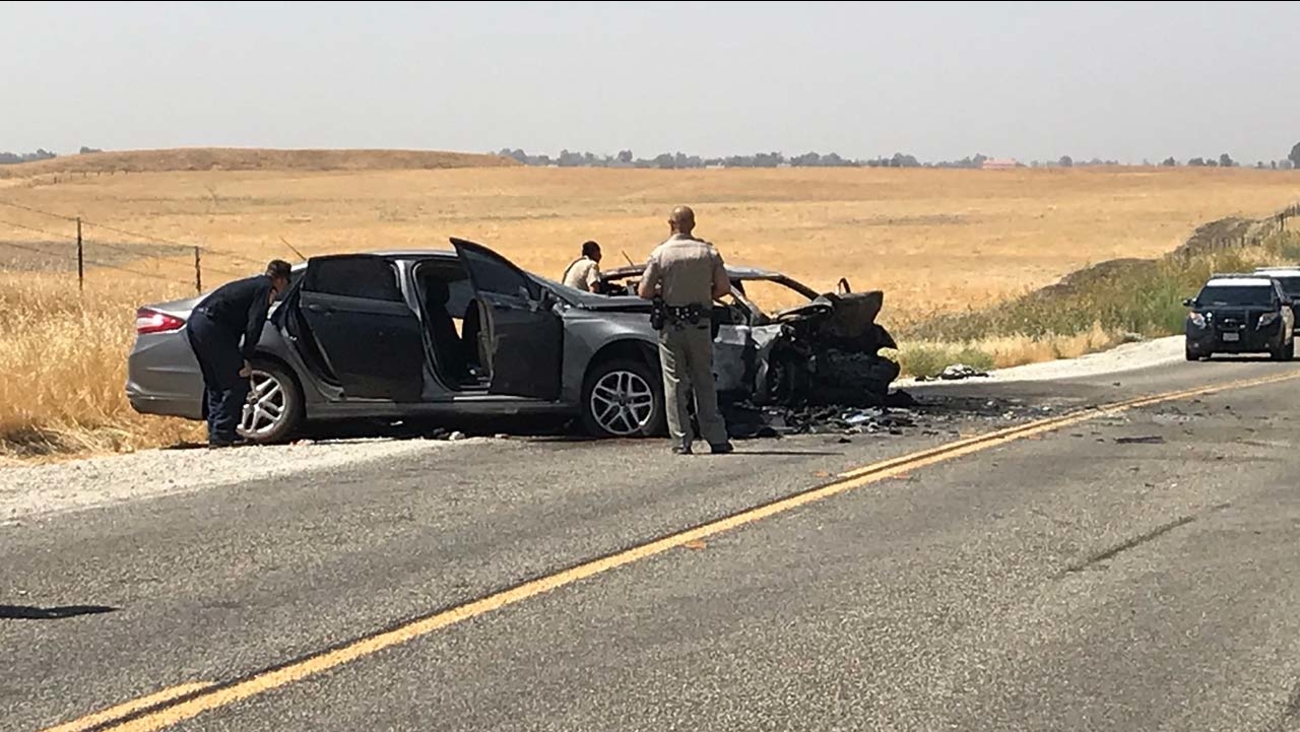 MADERA COUNTY (KFSN) -- The California Highway Patrol is investigating a crash where two people were killed on Highway 145 and Highway 41 near Road 38 in Madera County. The incident was called in around 10:40 Friday morning.

According to authorities, a car driving at a high rate of speed was passing another car when he drove head-on into another car. The driver of the other car was killed and one of the three passengers in the wrong-way driver's car was also killed.

One of the cars burst into flames after the crash.

According to Caltrans, Highway 145 is closed at Highway 41.