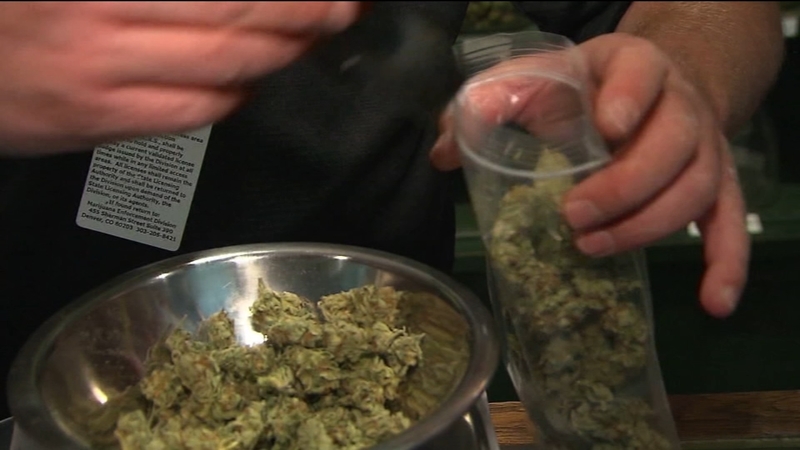 There's a growing battle in Fresno right now and it involves taxing marijuana for medicinal purposes.

On Thursday, both sides tried to educate voters on Measure 'A' and the revenue it could bring to the city.

Fresno's top cop has fought marijuana for decades. But now that California voters have legalized it, he believes if the city regulates and taxes dispensaries, he can use the money to police the city better.

Other heavy hitters in the city are also pushing for it. But those against Measure 'A' say it's nothing more than deceptive and dangerous.

"We are here to do our duty as your elected leadership to put something before you that allows our residents to safely access something that's legal," Fresno City Councilmember Oliver Baines.

The mayor and four Fresno City Councilmembers stood with medical marijuana users asking voters to consider a 'Yes' vote on a controversial measure they say would be a win-win for seriously sick patients and the city, who stands to gain millions in tax dollars.

"If it's done right it can substantially reduce the black market not only in marijuana they would also address your neighborhood drug dealer selling all the toxic poisons that go out in our community right now," said Fresno Mayor Lee Brand.

Across town, forces against the measure say it's bad for youth and would sneak in a handful of large marijuana hubs to dominate the medical pot market.

"We are smart people in Fresno. We can come up with other ways to gain taxes," said 'No on A' chairman Kim Castro.

Fresno Police Chief Jerry Dyer is still against recreational marijuana. But he's come around when it comes to its value for certain patients. He's found pot is better than many prescription painkillers. So he wants to tax it and put the money to good use.

"This measure will give us the revenue that we need to add additional police officers that will ultimately allow us to go after the black market- which is those illegal dispensaries plus address the narcotics dealings that are happening in the neighborhoods," said Chief Dyer.

But those against Measure A say the ballot measure is not about taxing medical marijuana but backdooring recreational marijuana. Eli Loera is the pastor of Christian Temple Fresno, in the heart of the city.

"You can buy a dime bag of marijuana on Belmont for three dollars, how is anybody going to compete with that? I'm sorry to say for financial gain, our mayor and our city council are selling the soul of our city," said Pastor Eli Loera.