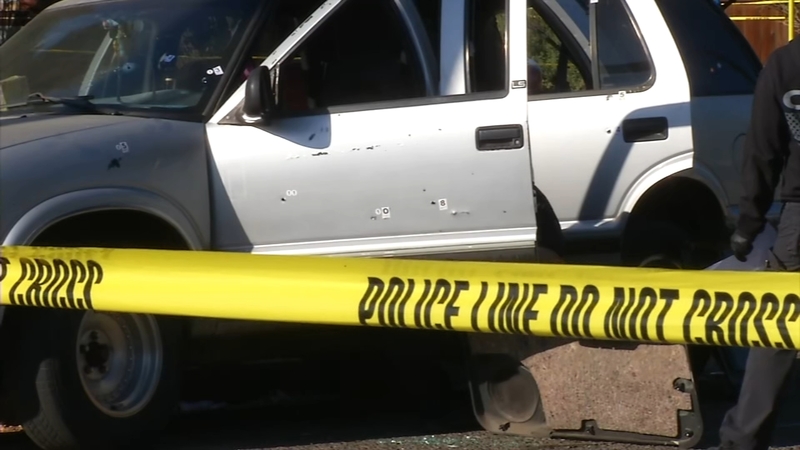 Evidence of a chaotic scene remains in the Merced neighborhood of 5th street and Canal.

Cars and homes are riddled with bullets after a shooting Sunday night.

One house alone was hit 10 times.

Several hours later, detectives are still trying to determine what led to the gunfire that took the life of a 14-year-old boy.

Peterson tells Action News the teen was his girlfriend's nephew.

He said the family was celebrating his 14th birthday when at least one shooter opened fire on them.

At least 30 shots were fired.

The teen was shot at least once and the shooter ran off.

"Bullets everywhere, blood everywhere," said neighbor Elton Hunter. "The kid was over on the ground and blood was shooting out of his neck. I knew he wasn't going to make it."

"They blew her knee out and she got shot in the leg and the arm," he said. "It doesn't make any sense."

Just a few hours later another shooting took place in a neighborhood off Guadalupe and San Diego Court.

They're still trying to determine if this shooting and the other shooting are connected.

Investigators are still looking into the motives behind both shootings and if they're gang related.

"We do not know if the 14-year-old or the 65-year-old were the intended targets or involved at all," said Sergeant Robert Solis with the Merced Police Department.

Peterson said the teen wasn't involved in any gangs and was a straight-A student.

"The kid was a real good kid, book smart, sports, anything you want to know about a computer you would give it to him and he would figure it out," said Peterson.