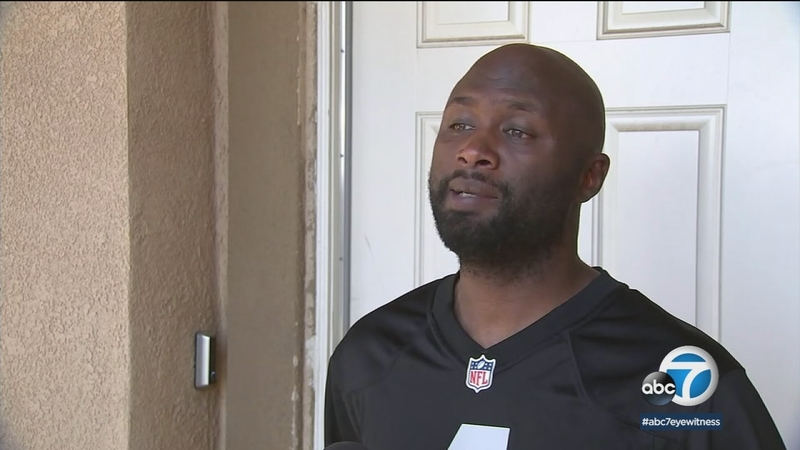 Unfortunately, he also shares a birth date - including the same year.

The other Jimmie Williams not only has a lengthy rap sheet, but he is also wanted on a bench warrant out for his arrest.

Williams says he's never been in trouble with the law - except when confused with the other Jimmie Williams.

He was arrested in 2006 and then again in 2009 based on the mistaken identity.

"I've had to be drawn out of my car, felony stops, with my kids at gunpoint. It's been a real inconvenience to me," he said.

It happened again this week.

San Bernardino County sheriff's deputies were called to his home responding to a silent alarm.

His encounter with them was fine, until they asked for his ID.

Still, when he wasn't able to produce all the proof they needed, they took him into custody based on the warrant for the other Jimmie Williams.

Williams says he told the deputies he recently underwent surgery for an injured shoulder, but they still handcuffed him behind his back.

The San Bernardino County Sheriff's Department says it understands Williams' frustration, but says the deputies made the right move.

"Our deputies have a heightened sense of awareness and safety the moment they know they're dealing with someone who could possibly have a felony warrant," said Sgt. Marc Bracco

Williams says he's tired of all the trouble this is causing him. And he worries about how he'll be treated.

"I have no control over your system. I don't feel I should be punished, detained harassed, kidnapped or assaulted based on false identity."