From NASA JPL intern to engineer on Mars mission 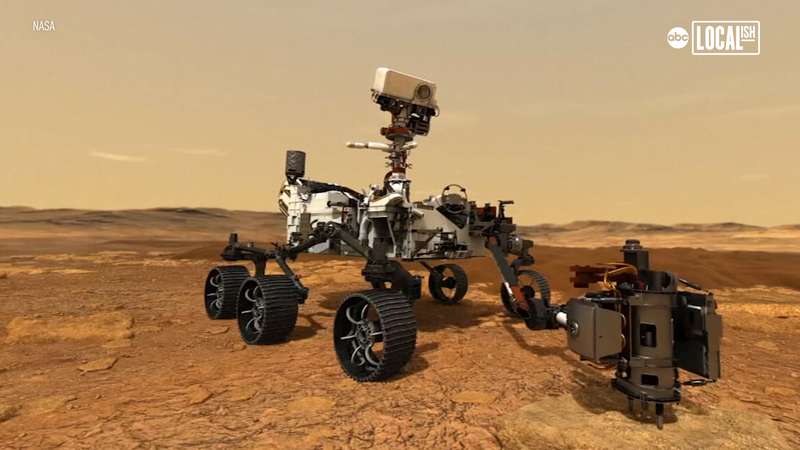 From NASA intern to engineer on Mars mission

EAST LOS ANGELES -- When the NASA rover Perseverance landed on Mars, engineer Sergio Valdez was among those cheering.

The East Los Angeles native was one of the engineers who helped lead the project.

"I feel very lucky to be part of a team like this...to be part of such a rich heritage that JPL is bringing," said Valdez. "But to have come from a community that...you rarely think that you can end up in a place like JPL."

Valdez is an engineering manager at NASA's Jet Propulsion Laboratory in Pasadena. His parents immigrated from Mexico; he grew up in East L.A. and graduated from Garfield High in 1991. One of his educators was the famous math teacher Mr. Jaime Escalante, who was the subject of the '80s movie "Stand and Deliver."

"What he taught me in high school was a huge step forward for me to make a career out of myself," said Valdez. "I didn't realize how much he had contributed to my education until I got to college."

Valdez started at NASA JPL as an intern after graduating high school. He then started as a fulltime employee after he graduated from Cal Poly San Luis Obispo.

Fast forward to February 2021, he's leading a team of more than 100 engineers. They're in charge of the rover's scientific equipment that could answer whether life ever existed on the red planet.

"Granted, I only grew up about 12 miles from JPL and I had no idea it existed. So, to be able to show up there, and start to learn how to be an engineer, and start to work as a team member and start to make a lot of contributions that make these missions possible... that's just a huge leap forward," said Valdez. "And I feel proud to be one of those that could get there and be able to do what we're doing."
Report a correction or typo
Related topics:
east los angeleskabcnasamarscommunitysciencelocalish
LOCALISH
High school students build house on campus for family in need
Feel the beat at House of Samba Kids
Dine where David Bowie and The Foo Fighters once recorded hit songs
Boogie and Woogie take Oakland
TOP STORIES
1 stabbed during altercation in central Fresno
39-year-old man shot in Visalia, police investigating
Supreme Court Justice Stephen Breyer to retire
Fed plans to raise rates as soon as March to cool inflation
Fresno PD searching for suspect in connection to 7-Eleven robberies
Man accused of firing shot at El Tarasco restaurant in Visalia
Owners stop burglar breaking into central Fresno smoke shop
Show More
Biden administration officially withdraws vaccine rule
Missing 69-year-old Merced County man found safe, officials say
Detectives searching for 18-year-old wanted for Tulare Co. robbery
Foggy Day School Schedules, Fog Tracker from ABC30
Scientists monitoring new omicron subvariant BA.2
More TOP STORIES News