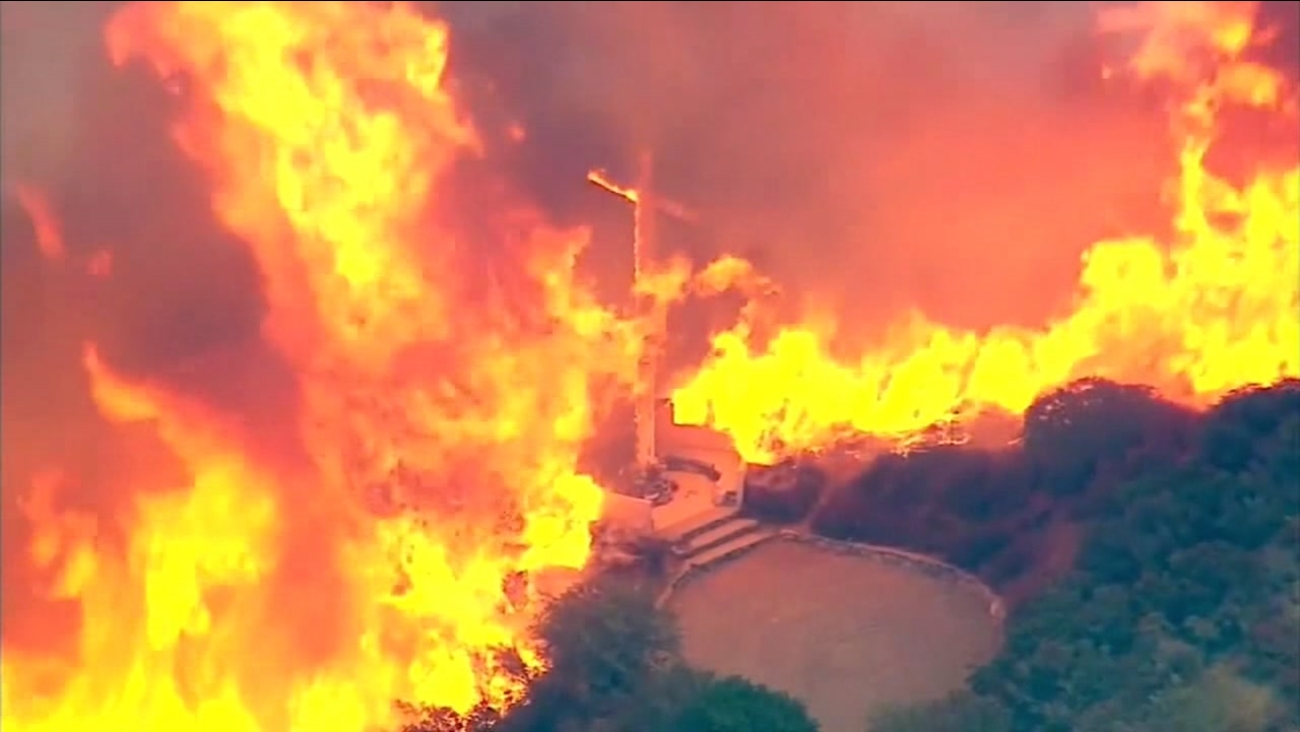 WRIGHTWOOD, Calif. -- The size of an out-of-control blaze in the Cajon Pass area was updated to 25,000 acres on Wednesday, after prompting the evacuation of about 82,000 people and the closure of multiple roads and highways. The fire is currently four percent contained.

An brush fire continued to burn out of control Wednesday morning in San Bernardino County after prompting the closure of multiple roads and highways.

About 700 firefighters were battling the so-called Blue Cut Fire, which began Tuesday morning as a small brush fire near Devore and quickly developed into conflagration.

Driven by dry brush and gusty conditions, the blaze led Gov. Jerry Brown to issue a state of emergency in the county. The proclamation provides more state resources to firefighting efforts and grants certain benefits to affected residents, such as waiver of fees for destroyed documents and faster unemployment benefits.

A map shows the location of the Blue Cut Fire, which ignited near the Cajon Pass above Devore on Tuesday, Aug. 16, 2016.

Among the areas under mandatory evacuation orders were the community of Wrightwood, Lone Pine Canyon, Phelan, Lytle Creek Canyon and West Oak Hills. The evacuation area includes some 34,500 homes.

It was unclear how many structures have been destroyed by the inferno.

Those shutdowns came amid the several ongoing closures, including two sections of Interstate 15: northbound from Interstate 215 at Kenwood Avenue, as well as the southbound 15 from Ranchero Road to the 215.