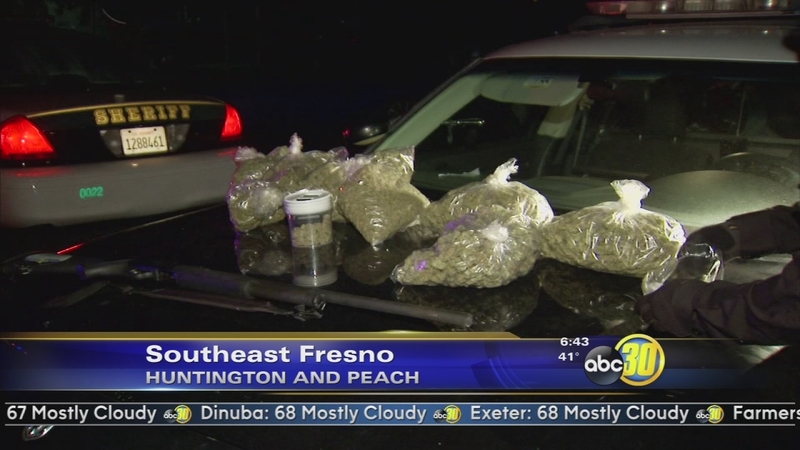 FRESNO, Calif. -- Five people are waking up in jail this morning after Fresno Police found themselves in the right place, at the right time.

Officers were near huntington and peach in Southeast Fresno after tips on social media saying a person in the area may be violating their parole. While searching the suspect's house, officers found eight pounds of marijuana, a half ounce of crystal meth, and a shotgun.

While police were conducting that investigation, another known parolee arrived at a nearby home. Officers found a handgun in that person's home.

But police weren't done yet. "In the middle of doing this, we had a storeowner drive down the street and advise us four young African American males had just committed fraud with a credit card and purchased about three hundred dollars worth of lottery tickets. Given the fact we were in the cul de sac we were able to gain a position of advantage of them as they were walking down the sidewalk we were safely able to secure them," said Sgt. Paul Cervantes, Fresno Police Department.