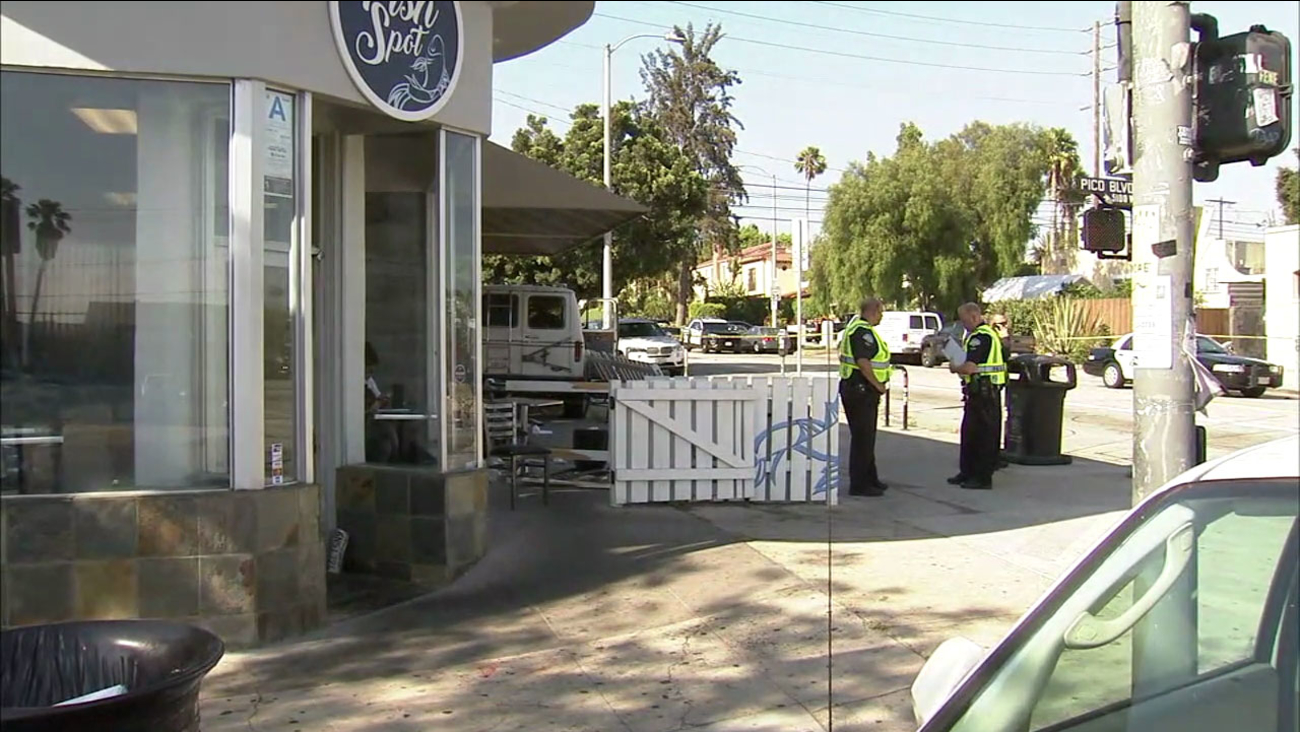 Authorities investigated the scene of a car crash that left at least nine people hurt in Mid-City on Sunday, July 30, 2017. (KABC)

MID-CITY, LOS ANGELES -- Authorities said at least nine people were injured after a car careened into a crowd of people near a restaurant in Mid-City Los Angeles Sunday afternoon.

The incident happened around 3:47 p.m. in the 5000 block of West Pico Boulevard. At least nine people were hurt, with eight of them being taken to a hospital.

Authorities said an off-duty Los Angeles firefighter was in the crowd, but was not hurt in the crash.

It was unclear what caused the crash, but Los Angeles police said the driver remained at the scene and was cooperating with investigators.

Police said the crash appeared to be an accident. The driver was taken into custody for questioning as part of the investigation, according to the LAPD.

Authorities also said there is no terrorism connection to the crash.