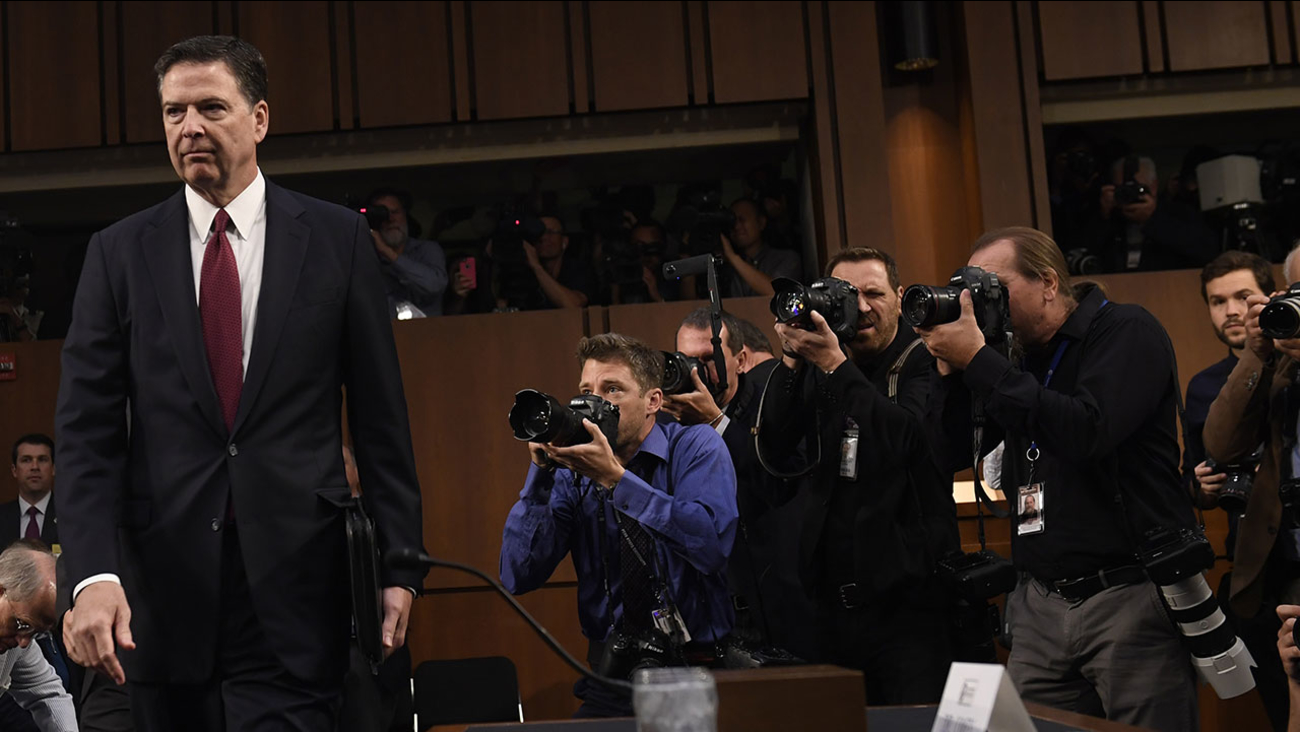 KFSN
Celebrities and public figures took to social media to voice their opinions while former FBI Director James Comey testified on Thursday. Comey's is a key testimony in the Senate Intelligence Committee's investigation into Russian involvement in the 2016 presidential election.

As James Comey speaks, let's give him his moment. Try to listen and decide for yourself what you think.

Wow, James Comey is just like Harry Potter at the Ministry of Magic when[FALLS THROUGH TRAP DOOR INTO LAKE OF MOLTEN LAVA]

What was John McCain even talking about? He was confusing two separate investigations. Someone get him a Red Bull. #ComeyDay

DON'T TRY TO BE FUNNY AT THE SENATE INTELLIGENCE HEARING

Marco Rubio is such a mess

Gripped in between #GE2017 and #ComeyDay like a bloody #SandwichOfDemocracy

How can I get tickets to the closed session tho? #ComeyDay

thinking of renting james comey for my birthday party

The word that's been thrown around quite a bit in the #ComeyHearing: Hope. Is #JamesComey the promised New Hope? Looks more Han than Luke...

Again, just to be clear if a Pres. Clinton asked FBI director James Comey in a private meeting 2 "let this go" she would have been impeached

“The President disputes that he ever asked for Jim Comey’s loyalty," a source familiar with the President's thinking tells me.

My dog was just interviewed about Comey outside the corner bar. We may have jumped the shark. (He declined to comment on the record). pic.twitter.com/elrWw4Aq0l