Investigators: Death of girl found hanging appears to be accident

FRESNO COUNTY, Calif. (KFSN) -- Fresno County sheriff's investigators say the death of a 4-year-old girl appears to be a tragic accident. The child was discovered hanging on Sunday when she got stuck in metal security bars.

The child has been identified as Estefania Duque. Family members say she was playing alone for about 30 minutes when they made the horrible discovery.

Sheriff's investigators say the 4-year-old girl was just the right size for a terrible tragedy to take place. Deputies say she tried to slip through security bars outside her bedroom window and apparently hanged herself.

"There is some furniture that's in her bedroom that is close to the window, and it appears that maybe she got a little investigative and tried to get outside the bars. She was able to fit through there but her head did not, so she got stuck," said Tony Botti, spokesman for the Fresno County Sheriff's Office.

Family members told deputies the girl went to her room around 3:30 p.m. and was found hanging just after 4 p.m. A relative arriving at the home made the awful discovery. It's unclear how long the child was stuck in those bars before she was found.

"She was not breathing; that's what came through our 911 dispatch that the child was not breathing," said Botti. "I understand that family members got her free from the bars and held on to her, waiting for emergency personnel to arrive."

Several family members gathered at the home Monday to console one another. They said it's hard for them to comprehend what has happened.

The autopsy is set for Tuesday morning. For now, the death is still classified as suspicious, until the medical exam is complete and concludes it is accidental. 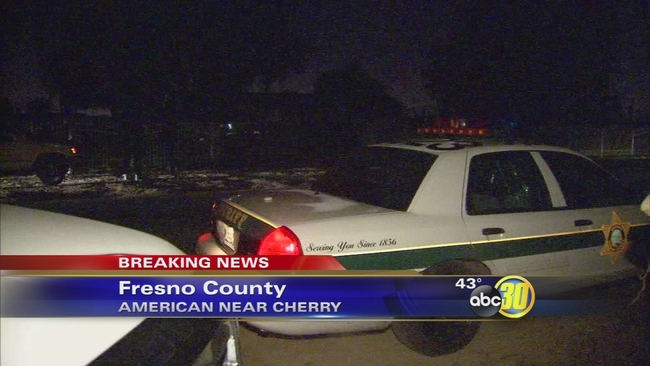