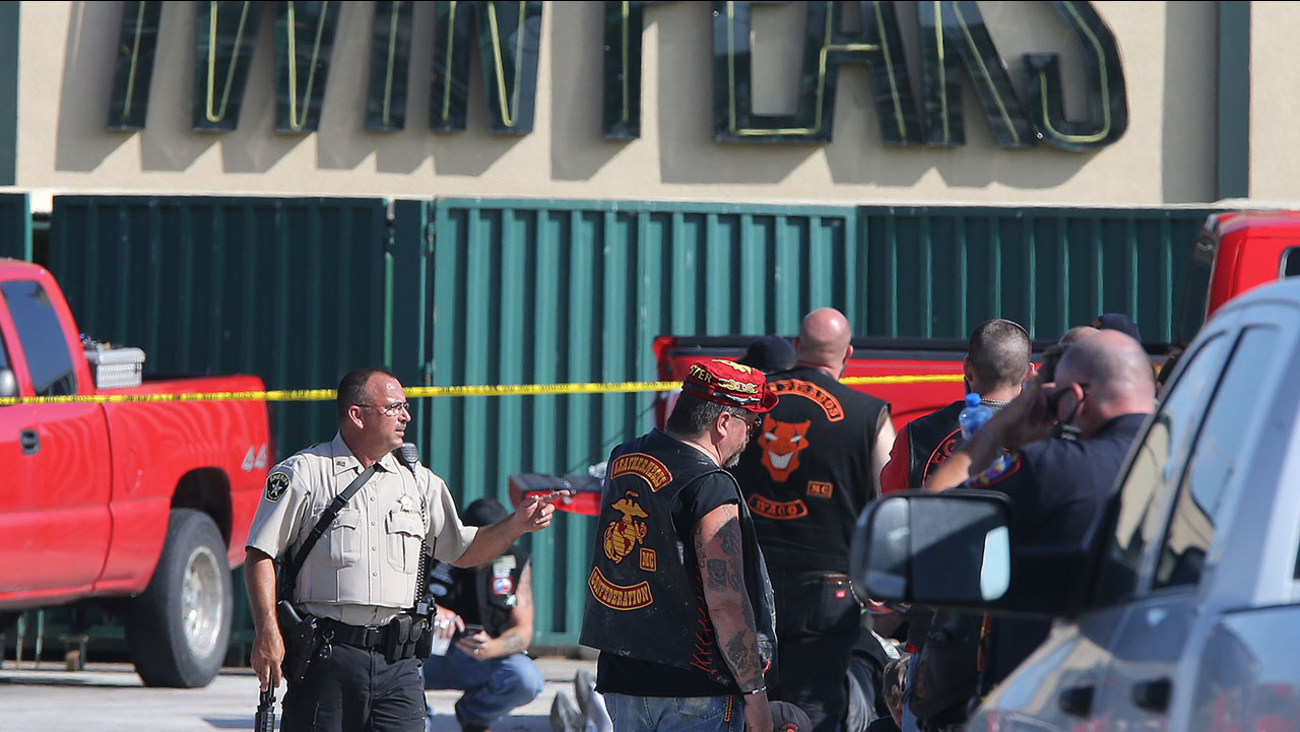 FILE - In this May 17, 2015 file photo, authorities investigate a shooting in the parking lot of the Twin Peaks restaurant in Waco, Texas. (Jerry Larson, File)

SAN ANTONIO -- National leaders of the Bandidos biker gang were arrested Wednesday on charges accusing them of racketeering and waging a deadly "war" on the rival Cossacks gang, federal authorities said.

An indictment announced by the U.S. Attorney's Office in San Antonio accuses three Bandidos leaders of sanctioning a three-year fight that included violent clashes with rival gangs and distribution of methamphetamine.

The accusations focus on a rivalry that came under renewed attention in May, when a meeting of biker groups at a Twin Peaks restaurant in Waco, Texas, ended in gunfire that left nine people dead.

Authorities believe that confrontation began when members of the Cossacks crashed a meeting of a confederation of biker clubs that included the Bandidos. A dispute in the Twin Peaks restaurant ended in gunfire between the bikers and police standing nearby.

The federal indictment accuses John Portillo, the Bandidos' national vice president, of using dues and donations to pay legal expenses of its members days after the Waco shooting.

An attorney who works with the Bandidos could not immediately be reached for comment by The Associated Press.

The indictment outlines several other clashes between the Bandidos and rival clubs, including a December 2014 shooting at a bar in Fort Worth, Texas, where a biker from a different club was killed. The indictment accuses Bandidos bikers of harassing and attacking bikers across Texas, as part of the "war" that Portillo had declared.