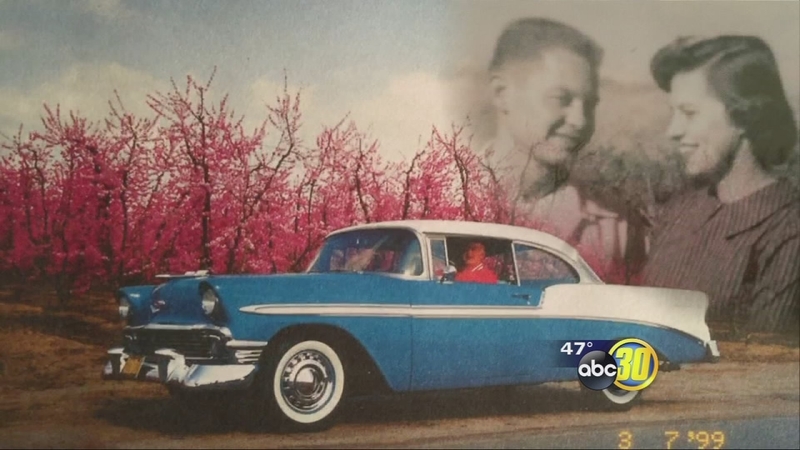 Don Klein will never forget the 1955 Chevy Bel Air he bought for his wife Faith, "we dated in one, just like that in 1957," Faith Klein said.

Don restored it for their 30th anniversary. It looked just like the one he had in the Air Force and someone stole it on Veterans Day. "You feel violated when things like that happen-- it's just, it's not right," he said.

He had it parked in a barn in Kerman next to a 1966 Chevy El Camino -- another car Don fixed up with his grandson and it's gone too, "I have a bad feeling I'll never see them again."

He put a lot of work into them and he did most of it for his grandkids. In Fact, he's been restoring classic cars since the 90's and he passes them down when he's done. The El Camino was number eight and the Bel Air was number one, "it's a fun thing to do but it gets harder and harder as you get older."

Don has one car left, hidden in a more secure location. It's his final project to complete the family collection but with two pieces missing, he says the ride with his wife will never be the same. "Somebody just comes in and takes what they want-- our country should be better than that," Don Klein said.