KTRK
SAN ANTONIO, TX -- Lunch at the Little Red Barn Steakhouse was interrupted by gunshots Wednesday afternoon. A waiter, identified only as Ray'mon, opened fire during a fight with two customers.

Video taken by a patron shows the waiter shooting at the ceiling before taking off.

Witnesses at the historic restaurant said the server was verbally and physically assaulted by the two customers after he brought out the wrong order. He then pulled out the handgun and fired rounds.

Ray'mon said it quickly escalated, and before he knew it, he was being punched in the head and put in a headlock. He said his manager jumped in to try and help, but was caught in the middle of the fight instead.

"I fired one time. He didn't let my manager go. I fired two more times, then he ran out the door," Ray'mon said.

Ray'mon said he pulled out his gun because he feared for his safety and his manager's well-being.

"What if I didn't have that firearm on that day? What would have happened? I don't think my manager could have taken on those two guys," Ray'mon said.

Shortly after the shooting, Ray'mon drove away from the scene. He admits that that was a mistake.

"I felt like I should've stayed on the scene, but a lot of things (are) going on now and I don't feel like I should of been at the scene when police came with a gun," Ray'mon said.

The Little Red Barn has a no gun policy, and Ray'mon doesn't have a concealed handgun license. He doesn't regret having the gun, though, even if it cost him his job.

"My reason for coming here today is because I looked bad. I'm not a bad person. I'm a working man trying to take care of my family," Ray'mon said.

San Antonio police are investigating the incident. KSAT-TV reports that detectives are still trying to talk to everyone involved, including the customers. At this time, no charges have been filed.
Related topics:
san antoniotexas newscaught on tapeshootingu.s. & world
Copyright © 2020 KTRK-TV. All Rights Reserved.
U.S. & WORLD 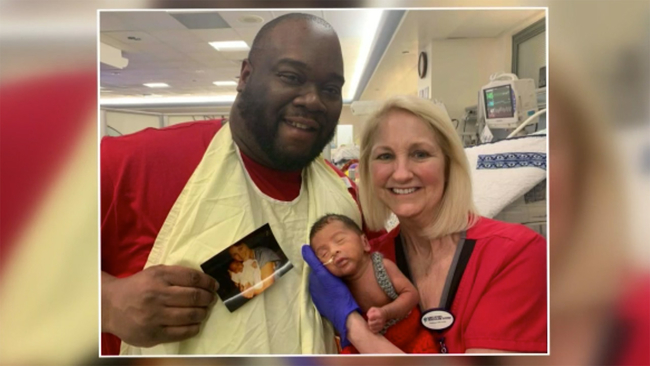