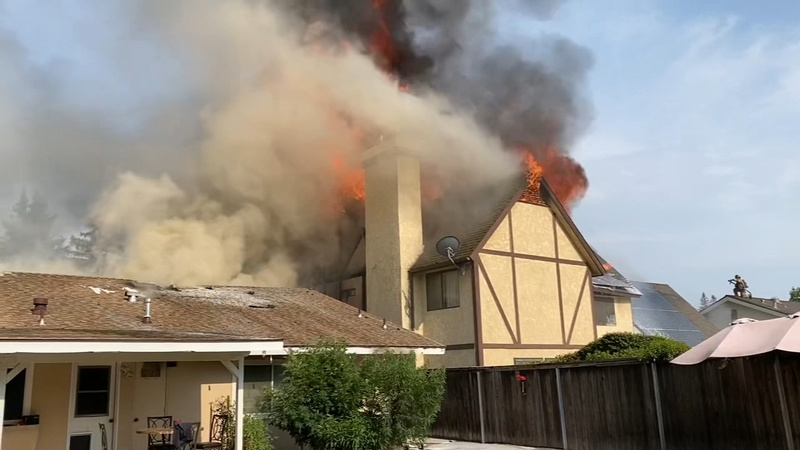 FRESNO, Calif. (KFSN) -- Before Fresno Fire crews even arrived at this single-story house fire in northwest Fresno engulfed in flames, the fire had spread to the home next door on Tielman Ave.

Fire officials say around 5 pm Monday, a third alarm was called out to help attack the flames.

With 50 firefighters on scene, Fresno Fire was forced to suspend medical aid throughout the city of Fresno for several hours.

"Days like this when we have multiple alarm fires and the heat temperatures are like this, it really taxes our system," says Fresno Fire Battalion Chief Tim Fulmer.

One firefighter suffered a heat-related injury while on the job during the hottest part of the day.

"This is something you never think will happen in your neighborhood," says State Assemblyman Jim Patterson.

Patterson has lived on Tielman Ave. for 45 years and wasn't surprised to see so many neighbors out on the street supporting the families who have lost nearly everything.

"The second house that burned, they have been here 35 years," he said. "This is a neighborhood where we have known each other forever."

One neighbor even opened up their garage to store items that fire crews were able to salvage from the homes up in flames.

Officials say the cause that led to these two house fires is still under investigation.