One dead, one hospitalized after being struck by a truck in Visalia 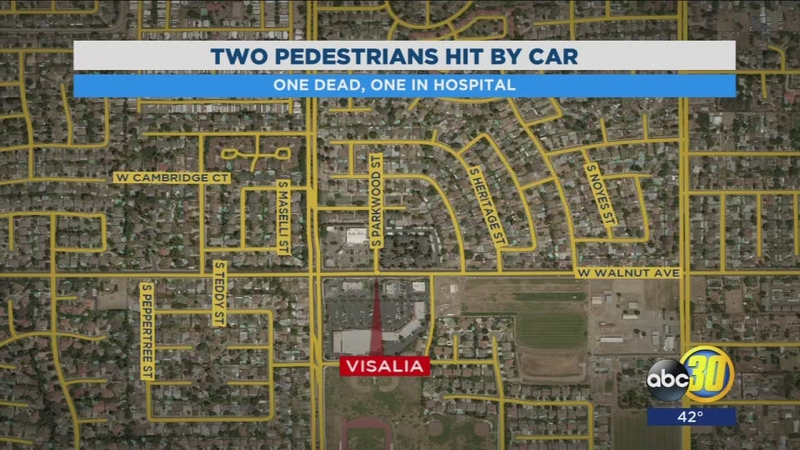 One dead, one hospitalized after being struck by a truck in Visalia

Visalia, Calif. -- A 78-year-old woman is dead after she and another woman were hit while crossing a street in Visalia.

The accident happened near Walnut Avenue and Parkwood Street when officials say they were both hit by a Toyota truck.

When emergency crews arrived they found both women in the roadway and rushed them to the hospital.

Officials have confirmed the other pedestrian -- 51-year-old Christine Wilson is in the hospital and is expected to survive.

The driver has been identified as 31-year-old Robert Castillo.

Speed and alcohol are not factors in the collision and the cause of the accident is still under investigation.
Report a correction or typo
TOP STORIES
What to expect from CA's reopening today
Newsom picks 10 winners of $15M to celebrate reopening
UC will require students, faculty and staff to be vaccinated
Where you'll still have to wear a mask after CA reopens today
Central CA businesses hope for revival as state reopens today
Historic heat wave could cancel some Valley events
Newsom says vaccinated CA workers won't have to wear masks after June 17
Show More
Fresno Diocese says churches may fully reopen this weekend
Man crashes into police car on Tule Reservation, deputies say
US COVID death toll hits 600K, equal to yearly cancer toll
Fresno Chaffee Zoo reopens all exhibits
Suspect in custody after standoff in Kings County
More TOP STORIES News