Fox, lynx yell at each other in odd spat across the road in Canada

KFSN
FORT NELSON, British Columbia -- Turn up your sound! A driver in Canada stopped in the road to film an unusually loud encounter between two wild animals.

Allyson Rozak-Burgess was on the road in Fort Nelson, British Columbia, when she happened upon a fox and a lynx seemingly yelling (or perhaps barking?) at each other. In the short clip she shot, the animals can be heard sniping at each other from opposite sides of the rural roadway.

She wrote on Facebook that she guessed the lynx was originally chasing the fox. Rozak-Burgess told them in the video to get lost, and lynx eventually wandered away.
Report a correction or typo
Related topics:
pets & animalsbizarredistractionwild animalsviral videofoxcanadau.s. & world
Copyright © 2020 KFSN-TV. All Rights Reserved.
WILD ANIMALS 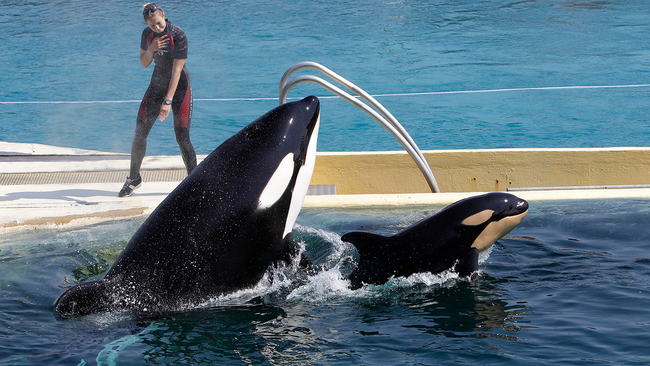 Use of wild animals in circuses, marine parks banned in France 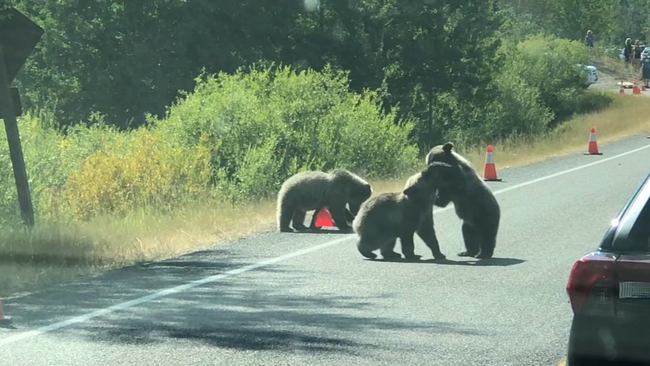