The crash happened at 3:00 pm on Friday, June 11, at Elm and Geneva in southwest Fresno.
KFSN 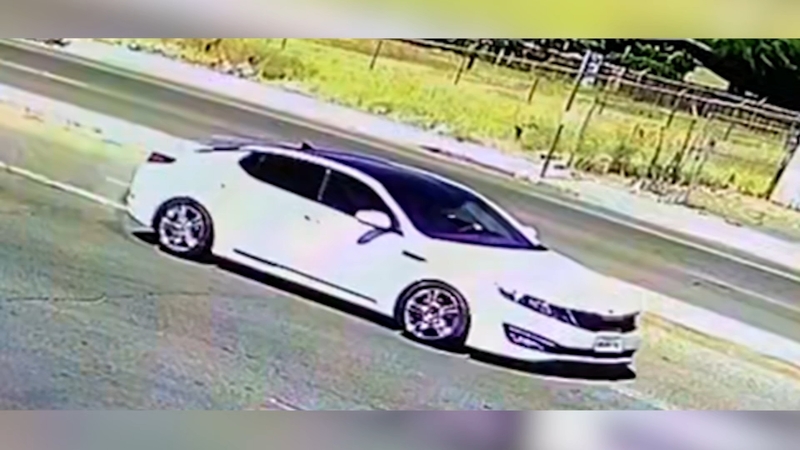 FRESNO, Calif. (KFSN) -- Fresno police released a photo Monday of the vehicle they suspect in a hit-and-run crash that left a woman seriously injured.

The crash happened at 3:00 pm on Friday, June 11, at Elm and Geneva in southwest Fresno.

Investigators believe the driver of the vehicle was southbound on Elm Avenue when they hit a woman who was walking east.

HIT&RUN SUSPECT@FresnoPolice released this photo 10 days after they believe this vehicle hit a pedestrian at Elm & Geneva in southwest Fresno.
Officers are hoping someone can help them identify the driver. pic.twitter.com/fPIUoOagdF

The victim suffered major injuries to her body and head, officials said.

The driver never stopped after the collision. They continued south on Elm and then drove off eastbound on Grove Avenue.

Police say they are looking for a white four-door Kia Optima that should have front-end damage.