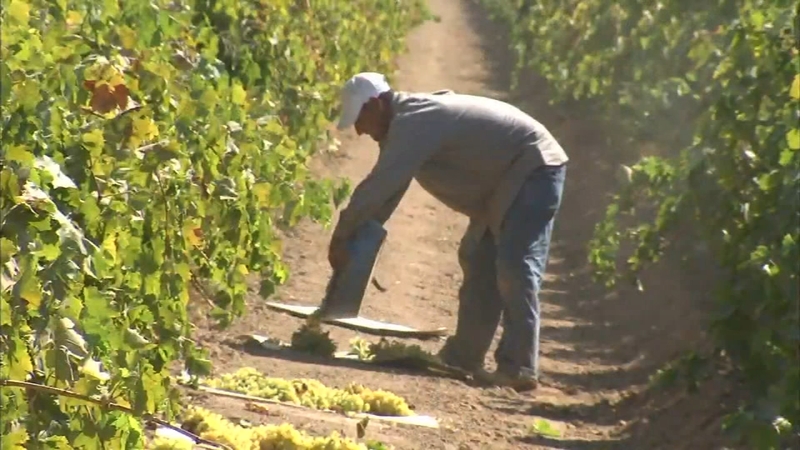 Perdue learned 20 percent of the cheese produced here goes to Mexico and is being threatened by the U.S. Mexico trade dispute. He likened the possible pain caused by the trade war to go on a diet.

"Weight loss is never pleasant but in beginning, it doesn't feel good. It's uncomfortable but in the end. You are healthier and better able to move around and that's what's going to happen in trade," said Perdue.

He also heard complaints from almond growers about the rift with China, who are suffering from retaliatory tariffs imposed by China because of U.S. Tariffs on Chinese products.

"But the big problem is the uncertainty right now, you have uncertainty people don't buy almonds and that's a big deal right now," said almond grower David Long. "The almond industry is the most unsold it ever has been at this state.

Perdue was also asked about immigration and farm labor issues and said the best deal out there was a provision that would allow half a million Migrants to apply for green cards if they returned to their home countries first. Congressman Jim Costa said the number was far too low.

"500,000 talk about nationwide that doesn't come close to solving maybe half of the California need," said Rep. Jim Costa.

Dairy Farmer Donny Rollin said forcing Mexicans to return to their country in order to apply will not work.