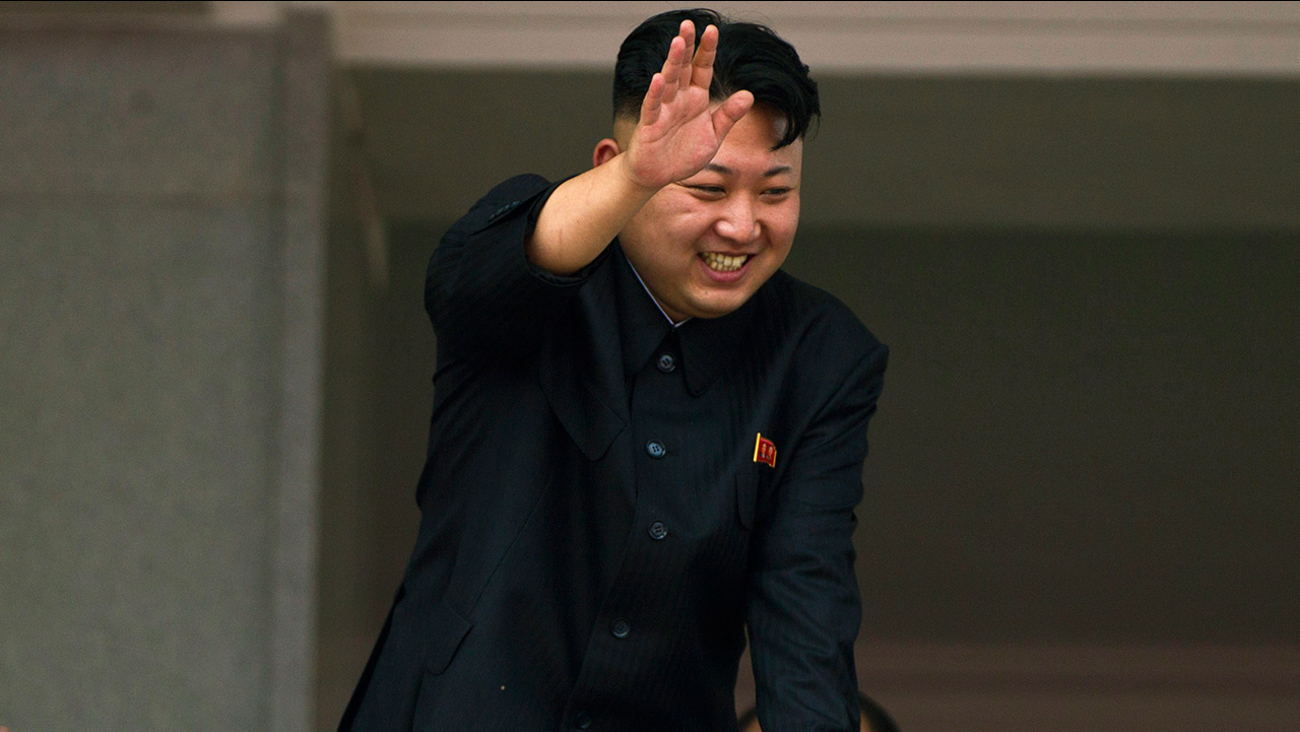 In this July 27, 2013 file photo, North Korean leader Kim Jong Un leans over a balcony and waves to Korean War veterans cheering below at the end of a mass military parade. (AP Photo/David Guttenfelder, File)

BEIJING -- The Chinese government confirmed Wednesday that North Korea's reclusive leader Kim Jong Un went to Beijing and met with Chinese President Xi Jinping in his first known trip to a foreign country since he took power in 2011.

The official Xinhua News Agency said Kim made an unofficial visit to China from Sunday to Wednesday.

Xi held talks with Kim at the Great Hall of the People in Beijing and he and his wife Peng Liyuan hosted a banquet for Kim and his wife Ri Sol Ju, Xinhua said. They also watched an art performance together, the news agency said.

Analysts say Kim would have felt a need to consult with his country's traditional ally ahead of his planned meetings with South Korean President Moon Jae-in and U.S. President Donald Trump.

The North's diplomatic outreach came after an unusually provocative year when it conducted its most powerful nuclear test to date and three ICBMs tests designed to target the U.S. mainland.

The developments were interpreted as the North being desperate to break out of isolation and improve its economy after being squeezed by heavy sanctions.

The visit to China marks Kim's first known trip since taking power in 2011 and his reported meeting with Xi was his first meeting with a foreign head of state.

Past visits by Kim Jong Il to China were surrounded in secrecy, with Beijing only confirming his presence after he had crossed the border by train back into North Korea.