US Labor Secretary in SF to jump-start port negotiations 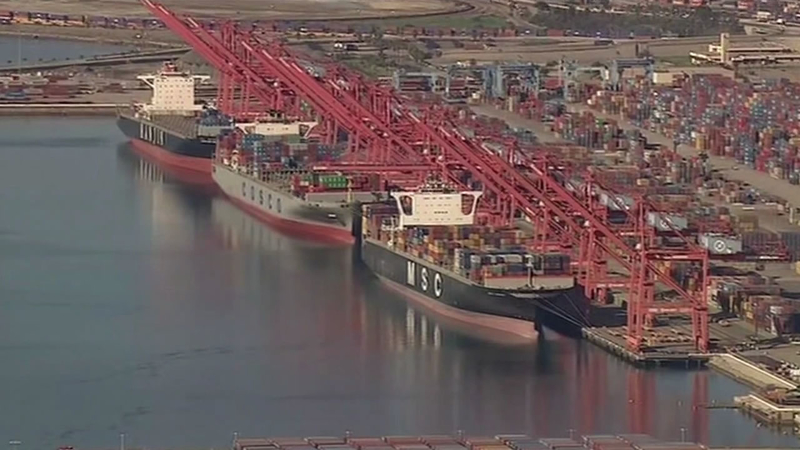 OAKLAND, Calif. -- One of President Obama's top administration officials is in the Bay Area Tuesday trying to end the West Coast port dispute, just as dockworkers return to work after being off the job four out of last five days.

Labor Secretary Thomas Perez is in San Francisco to meet with union officials and representatives of shipping companies. The goal is for him to jump-start talks and move forward in ending the labor dispute that has dragged on for months.

The last contract ended in July and now, both sides have failed to agree on issues including pay. Over the President's Day weekend, 29 ports on the West Coast were shut down. With no loading or unloading of cargo ships, the impact is being felt worldwide from citrus growers to companies overseas who rely on West Coast ports for trade.

"It's just one more thing that as a business owner you worry about, stress about, and not sleep at night about. You worry about your customers and employees, and you hope this comes to a resolution soon," said one Southern California business owner.

The White House has been very hands-off on the issue until now. With exporters losing so much money, many lawmakers have called on the president to intervene.