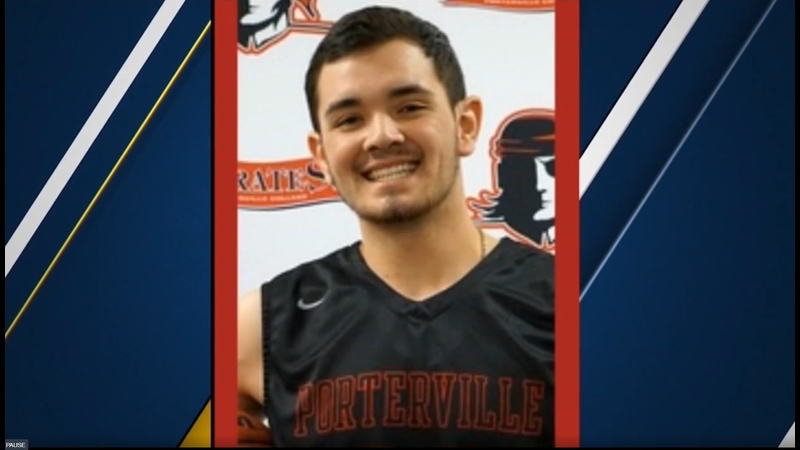 There are disturbing new details in the case of a Porterville College basketball player accused of kidnapping and raping an ex-girlfriend.

Last month, a dozen character letters for 19-year-old Andres Solis were filed into the court record.

They include letters from family members, like his father, who writes he has been amazed by his son's kindness and willingness to help others, and stands by him a hundred percent.

A former school counselor, writing on school letterhead, writes that "Andres is of good moral character," describing him as decent, hardworking, and trustworthy.

Visalia Unified Superintendent Dr. Todd Oto says the district doesn't authorize official letters of support without approval from administration, and the counselor's letter was not authorized.

Solis was released from jail earlier this month after posting a reduced $2 million dollar bail.

The Tulare County District Attorney's Office has charged him with 11 felonies for crimes they say he carried out against an ex-girlfriend on November 18.

In court documents, prosecutors say Solis invited her over to talk about their relationship.

Once in her car, they say he asked to see her phone, and when she refused, he choked and slapped her.

Solis eventually got her phone, and saw texts from other men.

He then allegedly held a pair of scissors to her ribcage and demanded she go into his house.

Once inside, prosecutors say, Solis forced her to perform oral sex as he recorded it.

Solis then told her to go upstairs, where he allegedly raped her, forced her into oral sex again, and then raped her for the second time.

"C.V. (confidential victim) told Defendant she did not want to be there because he just raped her and Defendant responded by telling her she made him do this because she drives him crazy and that she belongs to him."

She eventually left, filed a police report, and later confronted Solis in a call arranged by police.

Bratsch says it's her word against his, and that her client maintains his actions that day were not criminal.

She says he looks forward to returning to a normal life.