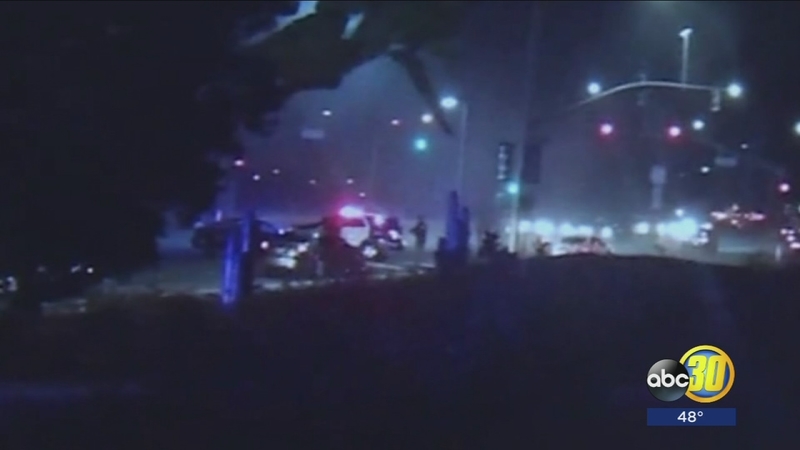 RICHMOND, Calif. (KFSN) -- A veteran Richmond Police officer was released from the hospital Sunday just hours after he was struck by a car while attempting to break up a sideshow.

The incident happened after 1 a.m. on Regatta Blvd. and Marina Bay Parkway where dozens had gathered to watch cars spin donuts in a sideshow.

"It was very loud. It must've been going on for 15 minutes and there's a police station right down the street," said neighbor Bruce Brown.

Neighbors called 911 and officers arrived, attempting to break up the side show activity. But a police officer was struck by a car head-on trying to get away from the scene.

"He landed on the hood of the car narrowly escaped getting run over by another car, he's very lucky," said Lieutenant Felix Tan, spokesperson for the Richmond Police Department.

The eight year veteran of the force suffered broken bones and some cuts and bruises but is expected to make a full recovery.

Now the search is on for the driver who struck the officer.