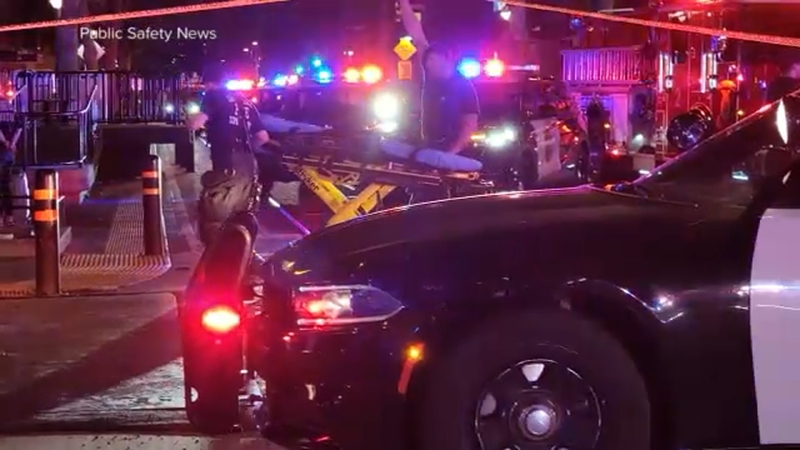 FRESNO, Calif. (KFSN) -- The Sacramento mass shooting has sparked new calls for legislation to prevent this type of violence.

Fresno Mayor and former police chief, Jerry Dyer has weighed in on the gun violence as well as others who support different solutions.

Just hours after the shooting, Sacramento's mayor expressed sorrow for the victims while pleading for an end to the senseless violence.

"It is beyond time to have a sane conversation about guns in America," said Sacramento Mayor Darrell Steinberg.

But others argue guns alone are not the problem.

Dyer believes the current justice system is preventing many criminals with guns from being held accountable.

"Eighteen people shot, six people dead -- if that's not a wake-up, then we're never going to wake up," Dyer said.

While it can be difficult to predict or prevent a mass shooting, Mayor Dyer says Fresno has historically done a good job with its active intelligence by law enforcement to minimize risks.

"We have folks that are always monitoring social media, monitoring where the gatherings are going to occur, after night parties, concerts that come to your city have to be vetted to make sure what you're bringing into your city is not going to be an attraction for gang members to come and then ultimately have a shooting."

Others argue the best way to prevent gun violence is to fund programs that provide positive outlets for youth, including in traditionally under-served communities.

"There has to be some kind of initial investment not only to the people doing the work but for the folks that are here struggling," said Sacramento Community activist Berry Accius said.

Dyer says that is a focus for Fresno but believes law enforcement is also a necessary part of the equation.

"Making sure we have groups like Street Saints out there preventing the next shooting from occurring, but we also have to invest in our police department to make sure we have a sufficient number of officers not only able to respond to 911 calls, but to proactively prevent the next act of violence from occurring. "