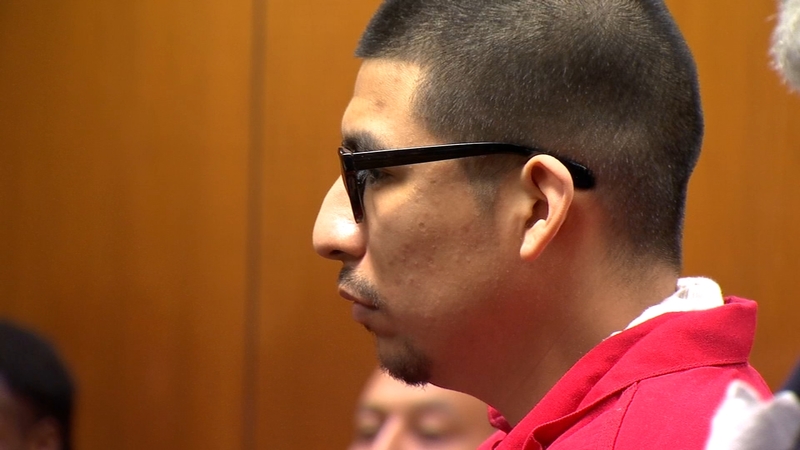 FRESNO, Calif. (KFSN) -- A nightmare is coming to a close for a young woman who was raped and robbed on her way to deliver cookies to her mother.

The woman came to court Tuesday to watch a judge punish Eduardo Gonsalez for the crime that stole her happiness and her love for her hometown.

The streets of Parlier will never look quite the same after what happened in December 2015 to a young woman who told her story Tuesday in a letter read by a victim's advocate.

"I used to love my hometown, but now I can't even go there because it brings up horrible memories of that night," she wrote.

That night, she attended a community meeting and walked home with a batch of cookies for her mom.

But Eduardo Gonsalez interrupted her trip and asked for directions.

"Little did I know that helping someone would end up with a gun pointed at me," the victim said. "Because of his actions, I no longer feel safe."

Gonsalez forced her into his car, drove to an orchard outside of town, and sexually assaulted her.

He took her phone too, so she had to walk to a stranger's home to ask for help. But when he turned the phone back on a month later, Gonsalez led police right to his Sanger home.

Now 22, Gonsalez didn't say anything at his sentencing, but his attorney says he's a Christian and he's praying for forgiveness.

"This was an incident he regrets, and yet he takes full responsibility," said defense attorney Roger Nuttall.

His victim still suffers from depression, anxiety, and paranoia.

She said it was hard to come to court, but she wanted to stand up for herself and let the judge know the pain Gonsalez caused.

"This is a case that involved great violence, cruelty, viciousness, and callousness," said Judge Michael Idiart. "He represents a clear danger to the community."

The judge sentenced Gonsalez to 24 years in prison as part of a plea deal with prosecutors.