Bulldog Breakdown: Shawn Plummer serving the Valley after his time as a Bulldog 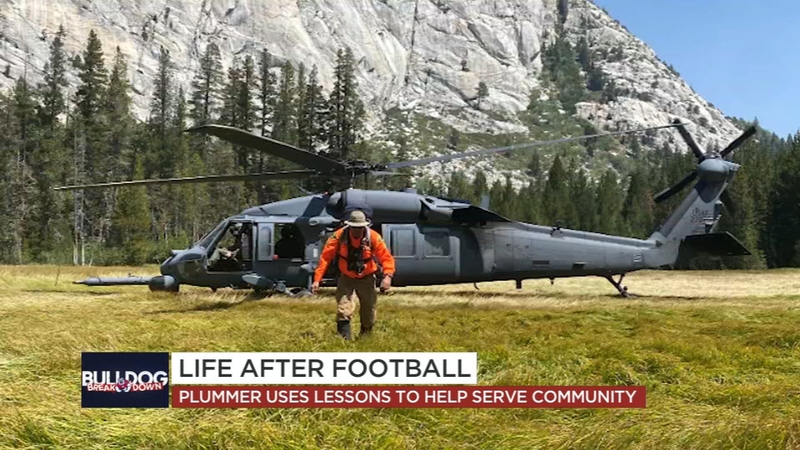 FRESNO, Calif. (KFSN) -- Growing up in the Central Valley, it was never a question where Shawn Plummer wanted to be.

"I always wanted to go to Fresno State," he said. "I never got picked up to go there out of high school, so I decided to walk on and earn the scholarship within my first year. It was just that, was how bad I wanted to be at Fresno State, so I just gave it all to stay here."

He did stay here in the Central Valley. After attending Clovis High, Plummer played linebacker under both Pat Hill and Tim DeRuyter from 2008 to 2012 at Fresno State, totaling 37 tackles in that final year that ended with a share of the Mountain West championship.

After Fresno State, Plummer jumped around in pro camps, later playing a season with an indoor team in Green Bay and a team in Montreal before turning his sights to life after football.

"Everything that I did during my playing days set me up for the success that I found afterwards," he said.

What came afterward kept him in the Valley too. All those lessons he learned as a Bulldog translated directly to his career as a detective with the Fresno County Sheriff's Office.

"You can follow direction, you can learn things fast and you can adapt in split-second decisions like you would have to do on a football field," he said.

That decision-making comes in handy when he's working on the sheriff's search and rescue team, most recently spending three weeks straight evacuating people from the Creek Fire.

"It was kind of hard to take it all in while I was working it because everything was go, go, go for about three weeks just to get everybody off the mountain," he said. "I mean, I've been living here my whole life, never seen anything like that and even driving up there now, you know for our trainings and stuff, it's just the landscape is totally changed."

He's also using his talents to get people in shape, spending three days a week at Doc's Gym in Clovis training clients with his wife, and still supporting the guys he played with.

"I still watch some of the guys like Derek Carr play every weekend that I played with," he said. "It's nostalgic, you know, I root for him all the time. Gives me flashbacks; I was defense, Derek was offense, so I make the joke that I probably sacked him more than anybody has so far."