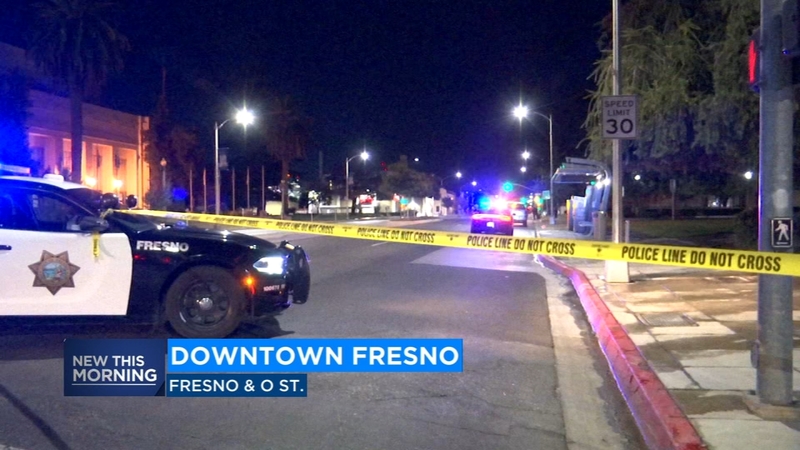 FRESNO, Calif. (KFSN) -- A man was critically injured after a car-to-car shooting that occurred in Fresno.

Police found the victim in a car not far from Community Regional Medical Center in downtown Fresno at about 3 a.m. Sunday.

He suffered a gunshot wound to the side of his chest and went to the hospital in critical condition.

Police say they found evidence indicating someone shot at the car, and from the car.

Officers detained two more men from the victim's car, but the timeline of the incident is still unclear.

"The victims inside this car here have given us conflicting statements on where it actually occurred," said Lt. Bill Dooley of the Fresno Police Department. "Initially, they said it occurred on the freeway. We couldn't find any evidence that it occurred there. They then said it occurred on a street, so again, they're not being completely forthcoming with us."

CHP officers searched Highway 99 near Olive and nearby streets for evidence of gunfire but were unable to find anything.

Police collected evidence from the victim's car and then had it towed away.