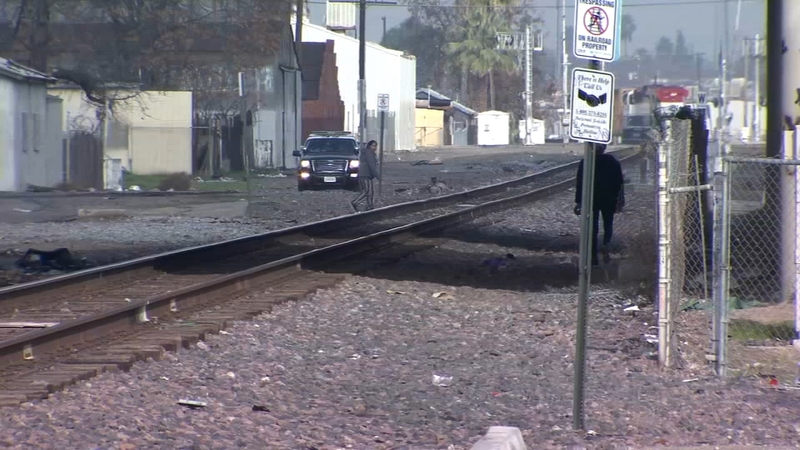 FRESNO, Calif. (KFSN) -- Crews have cleared more than 50 homeless encampments that popped up along BNSF's train tracks in Fresno County.

In a collaborative effort with the county, BNSF has employed crews to patrol and clean up the area near its railroad since January 2018.

On Tuesday, BNSF officials received a Certificate of Recognition from the Board of Supervisors acknowledging the company's ongoing efforts to address this critical issue.

The railroads say they bear the brunt of the cost of cleaning up sites while the county provides some resources by sending outreach teams to the homeless camps to offer shelter and other services.

"Numerous homeless encampments just in the last two to three months have been taken down, and services have been provided to those homeless folks that are along the railway and its a great partnership between the County and BNSF Railroad," said District 5 Supervisor, Nathan Magsig.

For the past few years, Fresno, like many other California cities, has had to address homeless encampments which officials say pose health concerns and violence.

Officials say there's no one size fits all solution, but the goal is to get homeless people off the streets and back on their feet.

"We need to identify the homeless in our community and find out what their needs are. Some have mental health challenges while some have fallen on hard times," Magsig said. "At the end of the day as we identify and put together a program and approach that works for that individual that's how we get them off the streets and into housing."

The City of Fresno is also working on its litter abatement program.