Steve Buettner, who is a plaintiff in a class action lawsuit against the state, is seen with his goats at his home in Valley Springs, Calif., Thursday, Oct. 4, 2012. (AP Photo/Rich Pedroncelli)

AP
NEVADA CITY, Calif. -- The threat of catastrophic wildfires has driven a California town to launch a "Goat Fund Me" campaign to bring herds of goats to city-owned land to help clear brush.

Nevada City in the Sierra Nevada began the online crowdsourcing campaign last month with the goal of raising $30,000 for the project.

The campaign's website explains that because it takes time to secure grant funding, the town needs money now to hire local goat ranchers because they're only available this winter.

The ranchers have rented out their herds to other municipalities in California the rest of the year and were expanding their herds to meet demand, city officials said.

"Why not do something - and as soon as we can?" Vice Mayor Reinette Senum told the Los Angeles Times . "If we're not proactive, if we don't help ourselves, no one else is going to step up."

The foothill community is about 47 miles southeast of Paradise, which was decimated by a fast-moving wildfire in November that killed 86 people and destroyed about 14,000 homes.

City officials said booking a herd costs between $500 to $1,500 an acre. Some 200 goats can munch on an acre of overgrown brush daily.

City Manager Catrina Olson said she, along with residents attending council meetings to talk about the project, are excited about the impending work, an idea "that's catching on because there's such high fire danger in our state."

"It's an interesting way to run a city campaign," said Brad Fowler, a local rancher working with the city to rent out goats. "I like how people can choose to spend their money."
Report a correction or typo
Related topics:
societycamp firewildfirecalifornia
Copyright © 2020 by The Associated Press. All Rights Reserved.
CALIFORNIA 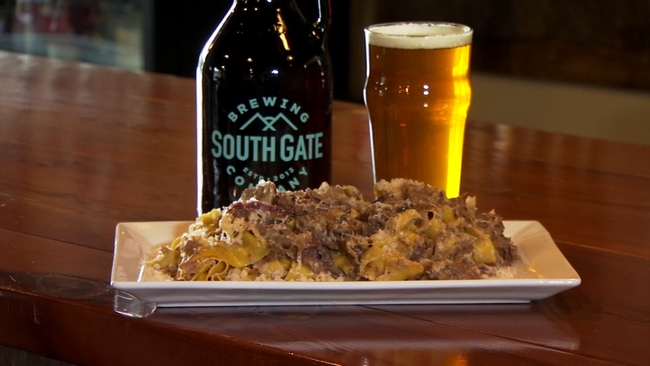