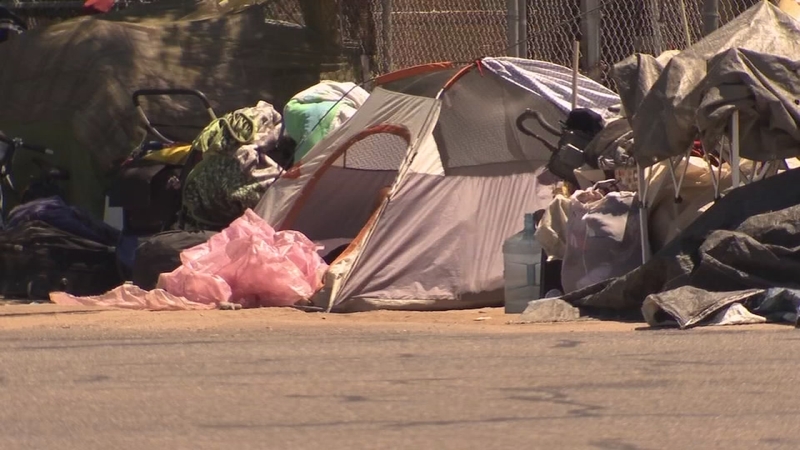 FRESNO, Calif. (KFSN) -- For years, homeless encampments in Fresno have plagued the city, but in the last eight months, Fresno Police have worked to clean them up.

The effort came after Fresno passed the Illegal Homeless Camping Ordinance. The law stirred some controversy with many wondering if those forced to leave will move outside city limits. The city says, so far, the law has been making a difference with getting some homeless people the help they need.

"The ultimate goal is to try to get them off the street."

Farrah works with the five officers assigned to the job each day.

He says officers are using a program called Map Point. The first task is to talk to the homeless person, "Maybe their issue is a mental health issue, (maybe they are a) veteran." Then the officers try to offer help, "The way we do that is by linking them with all of the services that are available to them."

Fresno Police have contacted more than 3,300 homeless people, and while only 32 accepted services, over 2,300 campsites have been cleaned.

(swipe or scroll chart to see all monthly statistics)

"They can get free food, showers, clothing," said Farrah.

Trent beard has been homeless for two years. He recently received some of those services at the Poverello House.

The City of Fresno says the impact is only getting more significant now that it has partnered with Fresno County in what is called the Street to Home Fresno County Initiative.