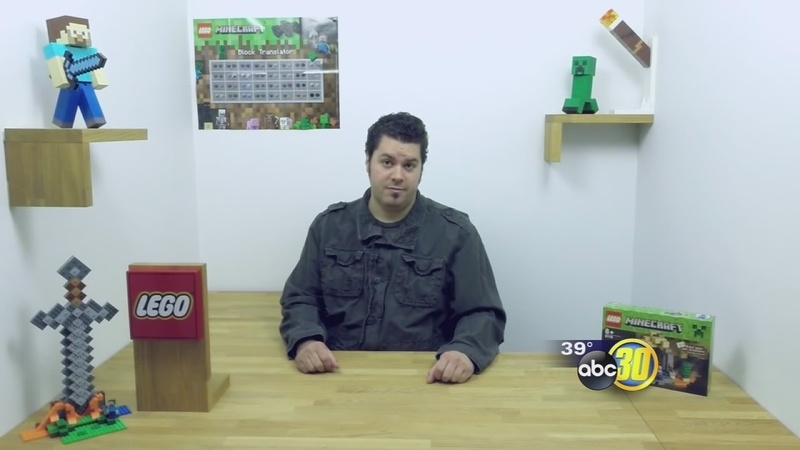 FRESNO, Calif. (KFSN) -- If you happen to pick up a Lego set during your shopping this Christmas season, chances are, you might pick up something created by a home-grown Lego fanatic.

Thirty-year-old Carl Merriam is a small town kid from Chowchilla and is now designing Lego sets in Denmark. Merriam was first introduced to Legos at the age of four when he received a box of the plastic construction blocks for a birthday present. His love of legos grew as his collection exploded. Merriam explains, "Some kids kind of fall out of Lego when you get to be 10 or 12, but when I was 14 Lego Star Wars came out and I pretty much had to start buying those for years and years on end."

After his Star Wars Lego binge, Merriam put together a database and discovered he had accumulated 85,000 colorful interlocking plastic blocks.

He grew up on a farm, but he says his family was extremely artistic. So he went to Fresno State and majored in fine art. He figured he couldn't make any money so he switched his major to mass communications and journalism. But building Legos was always his passion. A friend suggested he apply for a job as a designer with the company. Merriam was incredulous. "That's possible? I thought there were like ten people who made lego sets and none of them would ever quit cuz it's gotta be the best job ever!"

Merriam did apply and flew to Denmark for an interview. Which he said wasn't much of an interview, it was more of a show and tell them what you can design. He got the job and has been working there for a little over a year. In fact, a set called Minecraft's the Dungeon is his first project and is on store shelves in the US right now.

He's in what you call Lego heaven. His passion is now his purpose. He loves working for Lego in Denmark, but he does miss California. Merriam laments, "The weather is terrible! That's the main problem, and, like the limitation on stuff you can buy. Cuz the American cereal aisle is "this much" and the danish one is like (shows it)."