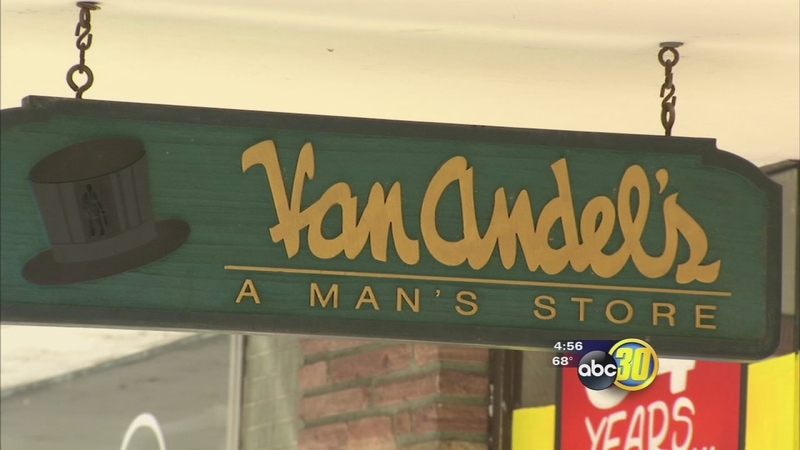 HANFORD, Calif. (KFSN) -- Downtown Hanford is losing a store that's been a fabric of the community for 64 years. Van Andel's Formal Menswear is closing its doors.

"It's coming to an end but its been a good run. We enjoyed it, the old cliche its all about the people-- it really is. We're going to miss the people," said John Van Andel, Van Andel's Formal Menswear.

After decades of pleasing his customers, John Van Andel said he is ready to enjoy life in retirement. Tuesday the store officially launched it is going out of business sale.

"I look forward to retirement, I really do, but I realize the void I'm going to create and I guess that bothers me a little bit, but I'm not going to live forever."

"I started coming here in 1966, that was my freshman year in high school. That was the winter formal," said Larry Peichoto, Van Andel's customer. "This is the only place I ever went to get a tuxedos."

"It's kind of sad, just because the business has been in for so long but John's got to be able to take some time off to travel and live the rest of his life," said Hannah Rose, Van Andel's employee.

"I need to kind of focus on the last years while I'm healthy, and I am healthy. I want to see my grandkids, I want to see them play ball and watch them ski and do all those things," said Van Andel.