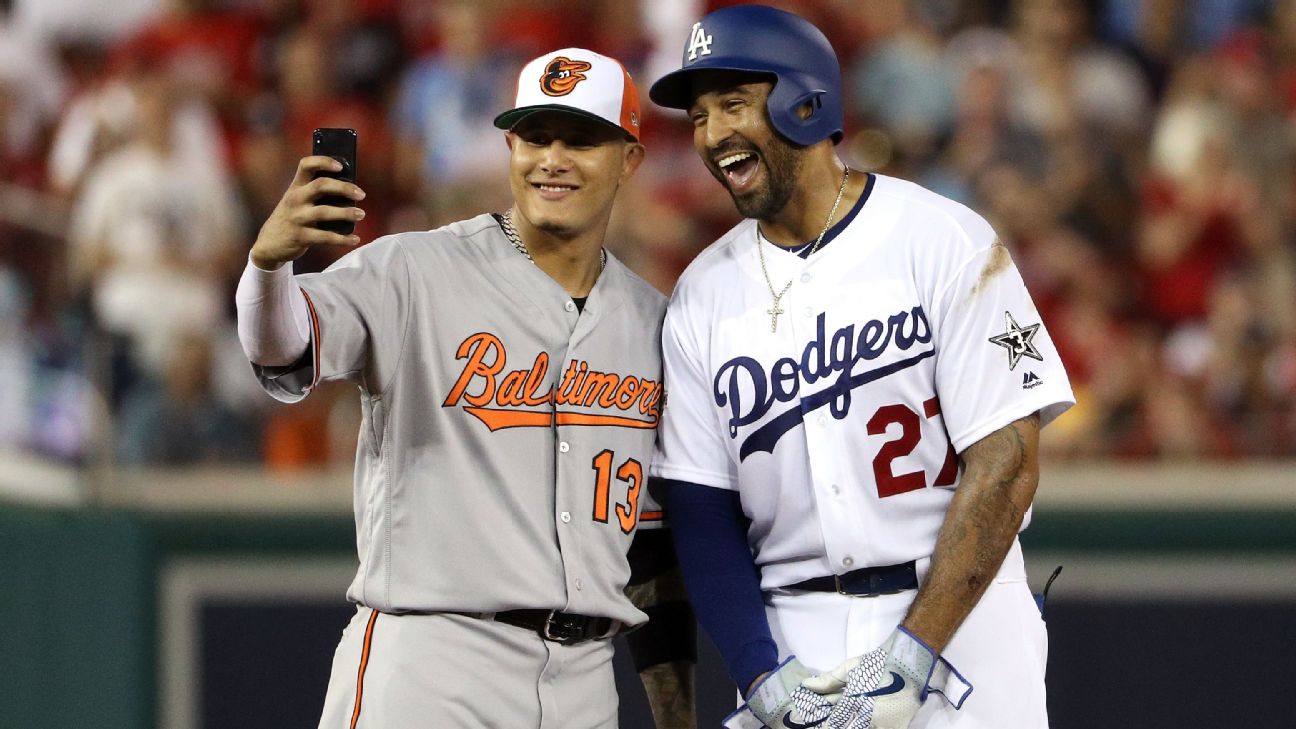 WASHINGTON -- Manny Machado is all smiles these days.

As if having a great first half and being the trade-deadline darling weren't enough, Machado snapped a selfie in the middle of the All-Star Game. But it was whom he took it with that made it the talk of the game.

Following a leadoff double by Matt Kemp in the bottom of the second inning, Machado moseyed over to second base, whipped out his phone and took a picture of himself and the Los Angeles Dodgers outfielder.

"That's my boy," Kemp said afterwards. "We go back. Worked out in the offseason a couple times a couple years ago. Yeah, that's my boy."

In his first full season as the Baltimore Orioles' shortstop, Machado was voted the American League starter after a first half in which he hit .315 with 24 home runs and 65 RBIs. A free agent after this season, the 26-year old slugger is widely expected to be traded before the All-Star break concludes later this week.

Asked about the rumor that Machado might be traded to the Dodgers, Kemp said, "Is he? Is that official? That's still speculation, so I can't say that happened already, right?"