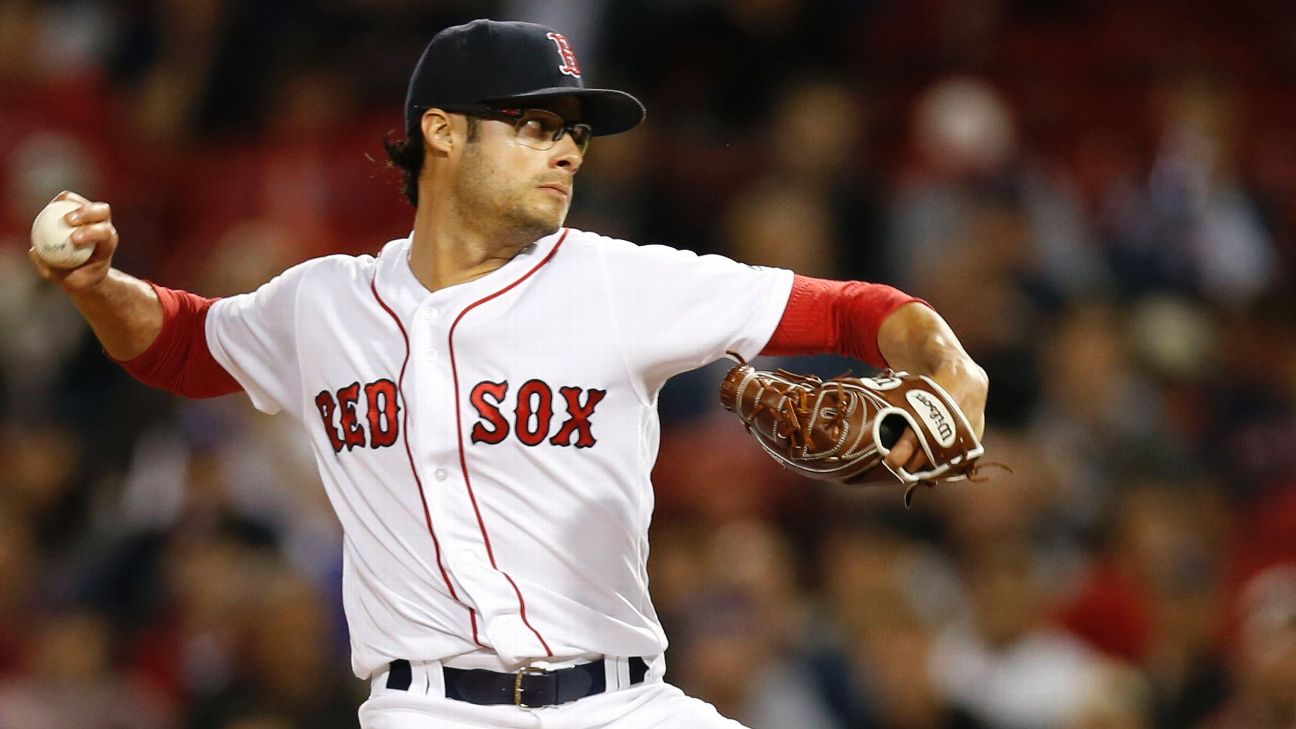 LAS VEGAS -- The Los Angeles Dodgers acquired some much needed strength for the back end of their bullpen late into the final night of the winter meetings on Wednesday, agreeing to terms on a three-year, $25 million contract with former Boston Red Sox reliever Joe Kelly, a source confirmed to ESPN's Jesse Rogers.

The agreement was first reported by The Athletic.

Kelly, who was born and raised in Southern California, could help solidify the bridge to closer Kenley Jansen, a persistent uncertainty for the 2018 Dodgers.

Kelly, however, was lights-out in Boston's run to a World Series championship, allowing just one earned run with 13 strikeouts and zero walks in 11 postseason innings, including six scoreless frames in Boston's defeat of the Dodgers.

Kelly spent the first five seasons of his seven-year career alternating between the rotation and the bullpen. He owns a 3.87 ERA, a 1.39 WHIP and a 1.96 strikeout-to-walk ratio throughout his career. Now, he'll join a back-end mix that includes righties Pedro Baez, Dylan Floro and Josh Fields, and lefties Scott Alexander, Tony Cingrani and Adam McCreery.